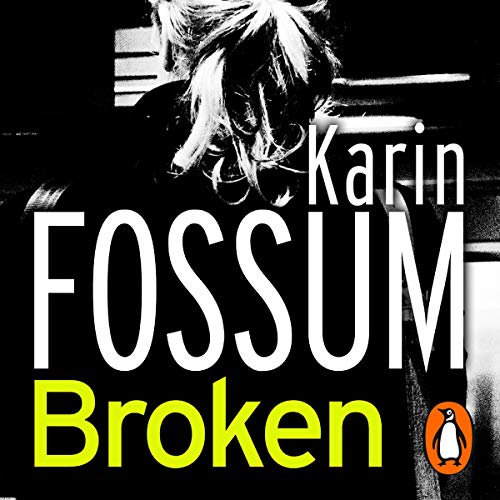 A woman wakes one night to find that a strange man has walked into her bedroom. She lies there in terrified silence unable to move. The woman is an author and the man one of her prospective characters. So desperate is he to have his story told that he has resorted to breaking in to her house to make her tell it. She creates Alvar Eide, forty-two years old, single, who works in an art gallery. He lives a quiet, dutiful life, carefully designed to avoid surprise. One winter's day all this begins to change, when an emaciated young heroin addict walks into the gallery. A kind man, Alvar gives her a cup of coffee to warm her up. She returns some weeks later to his place of work, and then one day appears on his doorstep demanding to be let in. Interspersed with the chapters of Alvar's story are his encounters with its author - the frantic attempts of a fictional man trying to control his own destiny. Broken is a gripping novel about the boundary between fact and fiction from the renowned author of the Inspector Sejer mysteries.

Whilst Karin Fossum is obviously a good writer, she just failed to captivate me with this story. The idea is intriguing, an author whose characters petition her and want to discuss the direction she is taking them in. However, both of the main characters, the author and her fictional creation are exceedingly dull. The author is a dreary woman who laments the noise of the birds in the forest and the beauty of her view, wishing for a windowless basement. Her creation is a timid man, too afraid to live, whose daily activities are described in mind numbing detail. I could recognise that the tension was supposed to be building and that intrigue was being introduced to the plot but the characters were just too dull for it to have much effect beyond whingeing.
The narrator was very good, although it seemed like an odd choice to have a man read a story essentially told by a woman. Two narrators may have made a difference but I'm not sure that much could save the tedium of the plot. I kept tuning out for large chunks of time and then coming back to the story thinking I must have missed something and would need to rewind. Sadly, I hadn't missed anything.

This is two books in one. The main narrative had me cursing the actions of the main protagonist - I cared about him and was frustrated about his actions. I kept proming myself that I'd listen to one more chapter but find I couldn't stop listening! The main story is interspursed with the fictional character communicating directly with the author . There is a real sense of how the author builds-up tension in a novel. That might sound heavy/pretentious but it's written in accessible dialogue form. This is a real page-turner - or whatever the audiobook equivalent - give it a go. This audiobook is already one of my favourites.