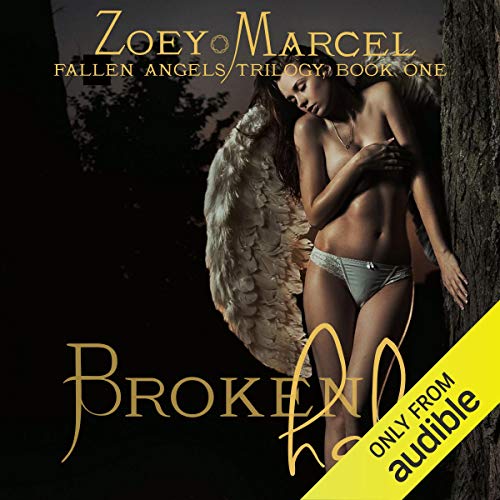 Thousands of years ago in another kingdom, there was a great battle between the forces of good and evil. She stayed behind to serve the king. He followed Lucifer and was cast out of heaven. Distance and loyalties come between the guardian angel and the fallen angel, but there was one thing time couldn’t destroy.

Despite the fact that Sonya watches over human souls and Nimbus seeks to ruin them, neither one has ever stopped loving each other. But angels and demons are forbidden to mate. Frustrated that Sonya resists his wiles despite her obvious need for him, Nimbus employs his soul-devourer friend, Jude, to help him trick the dark-haired beauty into losing her soul.

Devastated that her compassion was used against her, Sonya finds herself trapped in a world of demons and vampires where humans are made into sex submissives and reduced to little more than objects. She teeters back and forth between reluctance and acceptance, between resentment and lust.

A rape in chapter 2 - no thanks

I dont mind when women are talked into sex but a rape goes against my nature. Yes I know its about angels and demons. But its romance. Im not into rape!

What could Zoey Marcel have done to make this a more enjoyable book for you?

She should not change her story - I just dont like it. Others may

Yes. Though the narrator adding ‘voices’ for the characters is beyond annoying.

Did Broken Halo inspire you to do anything?

This story is primarily about temptation and the very human trials endured by Sonia, an unfallen angel and one who watches over a married woman, Hannah and, by the marriage link, her husband, Jude, an unbeliever. At the same time, Sonia battles with Nimbus, her past friend and a current fallen angel/demon who has no soul, who also refers to himself as an incubus. It's all a bit confusing. It’s also a story of an ill-fated romance. Other characters include Kasil, an archangel and Nimbus’ friend, Jude, a soul-devourer/soul-vampire. All of these beings live primarily, or engage with each other, in human form The story has a lot of sex. The sex includes multiple partners and some spanking, though not really in a BDSM way. Sex is a tool in the story. Therefore, it’s not exactly gratuitous. Still I got bored with it after a while, and, generally, I LOOOVE sex in my stories. But the stories has to be better too.

Another being referenced in the story are black angels. I absolutely hate the author’s concept of this, the black angels, which Nimbus believes is worst than what he is; Sonia disagrees. Black angels are also called Kruzniecks (questionable spelling). They seem to be repentant demons/fallen angels. They live off of vampires. They are half angel and half demon, 50-50 of each. The other part of the story that I didn’t like was Sonia’s consistent naiveté. The whole story, really, is based on it. The narrator was fine and read the sensual or sexual parts of the story really well, which is saying something since there was so much of it.

To enjoy this story, you need to have an alternate idea of HEA. And the ending is a bit of a cliffhanger, since the story continues. But I won’t be continuing it.