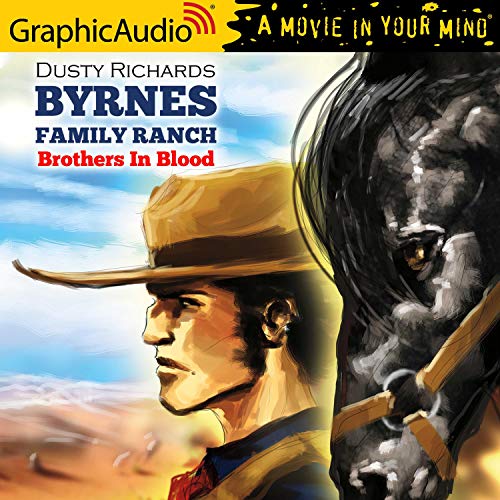 Now a deputy US Marshal, Chet Byrnes hunts down the baddest hombres the west can throw at him.

Chet and his crew must travel to New Mexico to free his cousin J.D. from a corrupt sheriff and his band of deputies.

New allies will emerge to help Chet as he squares off with his greatest challenge yet; stopping bandits along the Arizona-Mexico border. Friendship will carry Chet across the Mexican border into a land where the only justice is found at the end of a six-gun.

What listeners say about Brothers In Blood [Dramatized Adaptation]