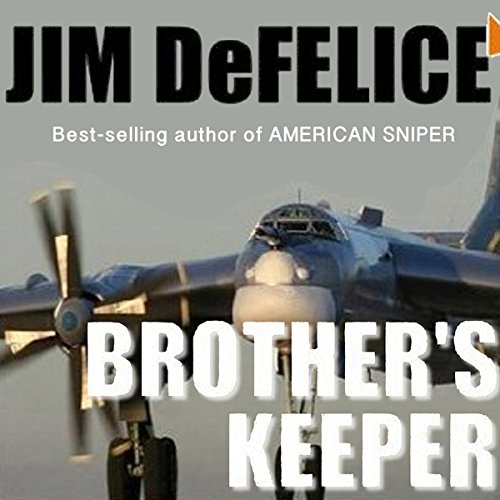 FBI agent Jack Ferico’s father is dying. His last wish? To see his estranged son, Danny, before he dies. Jack never got along with his older brother, but agrees to bring him home. Trouble is, Danny has disappeared without a trace. Jack’s search uncovers secrets, hidden agendas, and a danger more serious than he ever imagined. Danny specialized in stealth technologies at an international think tank. National security agencies suspect Danny sold classified technologies to the wrong people. Suddenly Jack’s not the only one looking for Danny. If he wants to save his brother and end an international crisis, Jack better find him first … and fast.

“DeFelice never forgets that he is writing an action story.” (The New York Times)

What listeners say about Brother's Keeper

Would you try another book from Jim DeFelice and/or Todd McLaren?

Yes, I like Jim DeFelice but the naration of Todd McLaren is awful, his voices are distracting and unhelpful to the experience.

Who would you have cast as narrator instead of Todd McLaren?