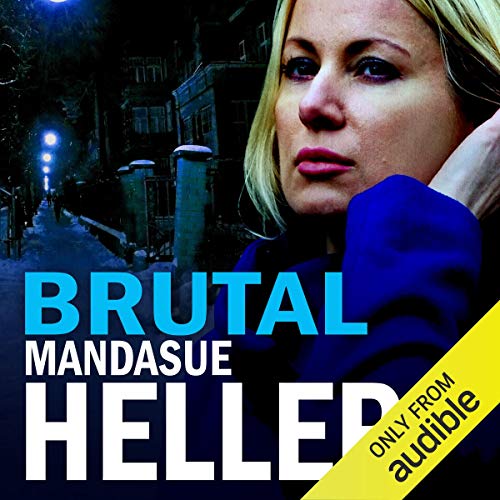 A bereaved husband is faced with a devastating choice in this gritty thriller from the top 10 best-selling author Mandasue Heller.

When Frank Peter’s wife, Maureen, dies, he feels that his once-idyllic life on the Yorkshire Moors is over. And with a daughter emigrating to Australia and a son who has his own marital problems, Frank feels resigned to a life of loneliness.

Then one night he finds a frightened young woman hiding at the back of his farmhouse. She explains that her name is Irena, and she was brought to this country by a man who promised her the world and then forced her into prostitution. Frank offers her a bed for the night, but it’s the middle of winter, and when heavy snowfall prevents her from leaving the next day, he’s forced to extend the invitation.

But the longer Irena stays, the easier it gets for the men she’s trying to escape from to find her. People trafficking could just be the tip of the iceberg, and Frank has no idea what these people are really capable of.

This book was easy to understand, slow to get going and exciting for a short while but for me finished too quickly. Too much emphasis was put on Frank and his life and not enough of the build up as to why the traffickers where there and what lead up to it. Nothing about the girls story and backgrounds and what happened to them afterwards. Book finished abruptly. Maybe a follow up book ??

I have read all Mandasues books but I have to say this one was awful. I am so disappointed. The narrator was awful as well, I have come across her before and she puts no emotion into the story. I really hope the next book is better

Couldn't get into this one at all.

Unconvincing characters, and a very predictable story-line left me disappointed with this book, had some great listening over the years - this wasn't one of them.