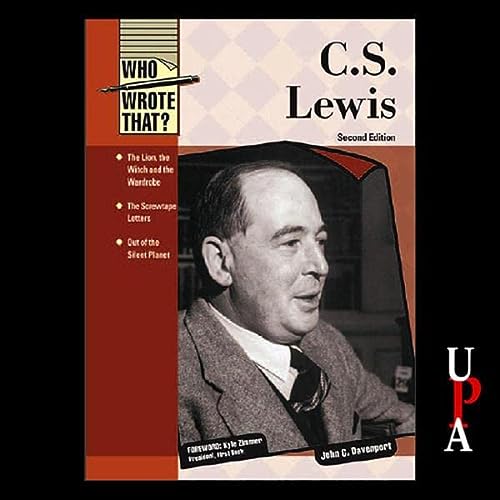 Learn about one of the most popular novelists of the 20th century in this well written, informative introduction.

Perhaps best known for his seven-book children's series The Chronicles of Narnia, C.S. Lewis also wrote extensively on religious topics concerning Christianity. Born to religious parents in Ireland, Lewis lost his faith as a young man but rediscovered it later in life through conversations with his friend and fellow author J.R.R. Tolkien. Lewis incorporated the central Christian virtues of fortitude, honesty, and faith into much of his work, including the Narnia books and The Screwtape Letters. His masterful ability to connect with audiences young and old continues to draw new readers and listeners, rightfully making C.S. Lewis one of modern literature's great names.

This revised edition of C.S. Lewis delves into this thoughtful man's life, his well-known works, and his writings' influence on other writers. The book is published by Chelsea House Publishers, a leading publisher of educational material.