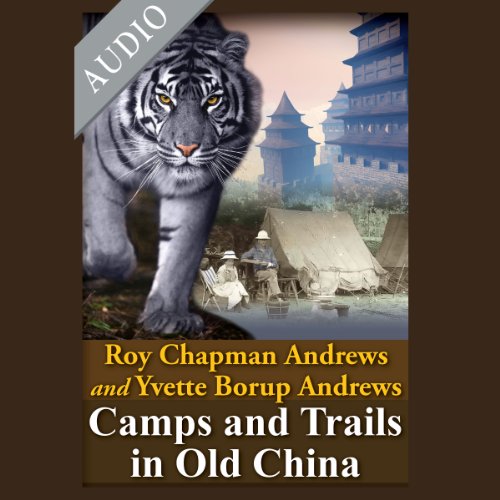 Camps and Trails in Old China

A famous naturalist and his photographer wife explore China in 1916, a medieval country torn apart by revolution, the Japanese military, and the onset of World War I. Their goal was to shoot, trap, collect and photograph native animals for display at the American Museum of Natural History in New York City. Traveling by mule train, they find themselves in conflict with the brutal treatment of Chinese women, the Government, the elements, and a closed civilization, controlled by the past. From exploring pitch-black bat caves, attempting to hunt and photograph the elusive Blue Tiger, and experiencing the Yen Ping rebellion firsthand, this is an exhilarating husband-and-wife adventure, led by a man said to be the model for the fictitious film character Indiana Jones.

What listeners say about Camps and Trails in Old China