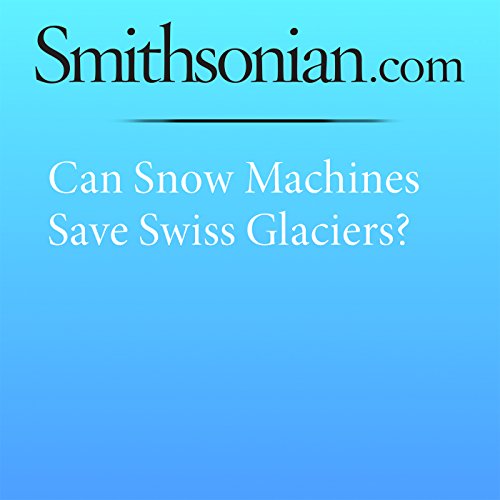 Can Snow Machines Save Swiss Glaciers?

The world’s glaciers are in trouble. And Switzerland, home of the famed Alps, is more than aware of the problems that face their once bountiful glaciers. But as Andy Coghlan reports for New Scientist, one group of scientists have an unexpected solution: artificially generated snow. They’ve joined with Swiss officials in an ambitious plan to cover a portion of the glaciers’ fragile ice using snow machines.

"Can Snow Machines Save Swiss Glaciers?" is from smithsonianmag.com, published on May 1, 2017.