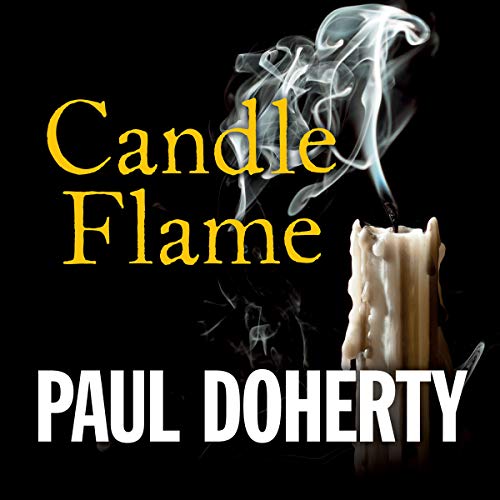 February 1381. London lies frozen in the grip of one of the bitterest winters on record. The ever-rising taxes demanded by the Regent, John of Gaunt, are causing increasing resentment among the city's poor. When the seething unrest boils over into a bloody massacre at a splendid Southwark tavern, in which nine people, including Gaunt's tax collectors, their military escort and the prostitutes entertaining them, are brutally murdered, the furious Regent orders Brother Athelstan to get to the bottom of the matter.

What listeners say about Candle Flame

I love the Brother Athelstan books in print. But the narration leaves much to be desired. I really couldn’t follow the story at all.

Not the narrator for me.

I enjoyed these stories in print. They were good fun and not massively tricky to work out the crime. However I’m afraid I just can’t get in with this narrator. He makes everyone sound slightly doddery.

Athelstan at his best!

Once again Paul Doherty expertly recreates the life and times of medieval England, with all the little details which brings the everyday world of Brother Athelstan to life; just as he does with Master Hugh Corbett and Lord Amerotke. Athelstan's character is full of the same misgivings and doubts we all have, but he sees it through to a conclusion of justice for all involved, despite - or perhaps because of - the harshness of crime and punishment in these times. A thoroughly good read and wonderful to discover these tales again, having read the paperbacks many years ago.