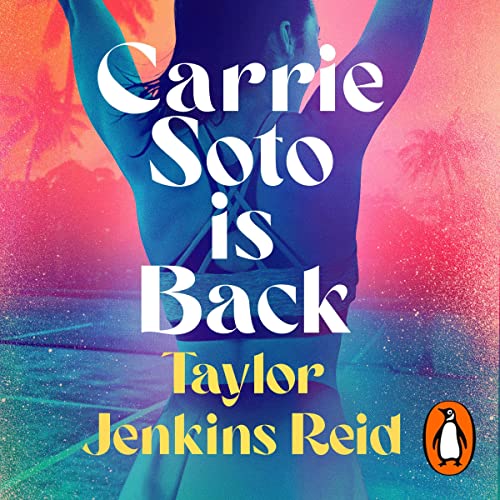 Carrie Soto Is Back

Carrie Soto is fierce, and her determination to win at any cost has not made her popular.

By the time Carrie retires from tennis, she is the best player the world has ever seen. She has shattered every record and claimed 20 Slam titles. And if you ask her, she is entitled to every one. She sacrificed nearly everything to become the best, with her father as her coach.

But six years after her retirement, Carrie finds herself sitting in the stands of the 1994 US Open, watching her record be taken from her by a brutal, stunning, British player named Nicki Chan.

At 37 years old, Carrie makes the monumental decision to come out of retirement and be coached by her father for one last year in an attempt to reclaim her record. Even if the sports media says that they never liked the 'Battle-Axe' anyway. Even if her body doesn't move as fast as it did. And even if it means swallowing her pride to train with a man she once almost opened her heart to: Bowe Huntley. Like her, he has something to prove before he gives up the game forever.

In spite of it all: Carrie Soto is back, for one epic final season. In this riveting and unforgettable novel, Taylor Jenkins Reid tells a story about the cost of greatness and a legendary athlete attempting a comeback.

"Thank you Taylor Jenkins Reid for the escapism we all need." (Pandora Sykes)

What listeners say about Carrie Soto Is Back

Taylor has done it again

What a marvellous book .The father daughter relationship and the obstacles the overcame .Carrie Sotto and Havier Sotto are the heart of the story and kept me wanting more

Another amazing one from Taylor Jenkins Reid

omg what did I just read!

Mind blowing!
how Taylor Jenkins Reid does that in her every book. It feels like I am part of the story. It feels super real... omg. I literally had tears in my eyes at the end.
This books pulled all the emotional strings out of me.
At one time I feel furious, at once confidence then emotional then adrenline rush then annoyed.
Carrie and her dad they had so sweet relationship and his endearing spanish phrases for her, it all felt so real, I had tears in my eyes and smile on my lips.
This book made me Tennis fan too... After completing it, i did watch couple of matches of 2022 and I was making sense to me... I am changed person now !!
I am going to read all of her books .... It's a done deal !

The last match had given me literal chills. This book has made me gain an immense respect for the sport of tennis. I simply didn’t care about it earlier but now I’m feel like I’m going to try to follow it at least.

Carrie Soto is Back

Another riveting story. Unpredictable and exciting.
Kept me hooked right to the end. Love this author.

Throughly enjoyed this. Beautiful writing, I’m loving this ear of TJR. I’m not really a fan of tennis, I’ll occasionally watch a match, but I really got into the strategy talks and the discussions of the games. The use of different narrators for the ‘sports news’ was a compelling addition . The main narrators English accent is a little cringe but the rest of the narration is well performed and enjoyable .
I was really rooting for Carrie and her Dad throughout, there were a couple of things I wanted a little more of, but overall I really loved it and it will probably be going into my top 10!

The narrator’s British accent was bad to the point of being offensive.

I always enjoy the author’s novels, but this wasn’t my favourite.

i loved the whole thing til the end...didn't love the ending. the best narration though

One of my favourite Taylor Jenkins Reid books!!
I really recommend this book if you enjoy others by this author!

Another great book from TJR made better by excellent narration. Amazing how much better an audio book is when the voice fits the protagonist.

Another great listen. Loved the relationship between Carrie & her father. Great performances but not so sure about the English accents

A disappointing listen for me

I really looked forward to this as I adored Daisy Jones and the Six and also Evelyn Hugo. But I just could not get into this and my mind would drift constantly whilst listening. Maybe I just need to come back to it at a later date with the actual book, as its the narrator that can make or break a book. But for now, it was a DNF for me.

Should have believed the reviews

This is literally ALL about Tennis, no other story so if you don't like Tennis chat then swerve this!! Also why employ male actors to do the commentary but not an English actor to do the English people. The accent was so cringe!! Not TJR best, not like her others.

Another hit for Jenkins Reid

Admittedly I am a fan of Taylor Jenkins Reid, but this book was still great. It had a little bit of everything you want - a little drama, love, heartache and tennis to pull it all together. Enjoyed this one

Not a fan of tennis but a fan of this writer. She took me into a world I didn’t think I would like but I was completely taken away each time I tuned in. Looking forward to what TJR does next.

This was so good!! It’s a must read!! I enjoyed every second of this book!!

Not a sports fan but enjoyed tennis through this novel. Loved the growth of the character.

Tennis fans will love this

Having been a tennis fan for more than 40 years I loved this book. I particularly enjoyed the creation of Carrie Soto not being a “crowd darling” and the depiction of the media and how they criticise and judge people.

loved it, had the same intensity of the queens gambit, felt drawn in to a sport I never had an interest in before. characterisation on point!

Another winner from TJR

This book made me smile and cry. An insightful glimpse into pro tennis and the mental and physical preparation required to get to the top. Also a beautiful tale of growth and acceptance which are lessons we can all relate to.
Absolutely loved this.

And I’m loved this book. Taylor Jenkins Reid is one of my favourite authors which is the only reason I chanced reading a book centred on tennis - a sport I’ve always found a bit confounding. But I absolutely loved it… the energy and suspense are amazing and somehow TJR makes Carrie - a character who is hard to like - not just likeable but someone you can relate to and empathise with.

Engaging to listen too but not my favourite story by TJR. But worth listening too