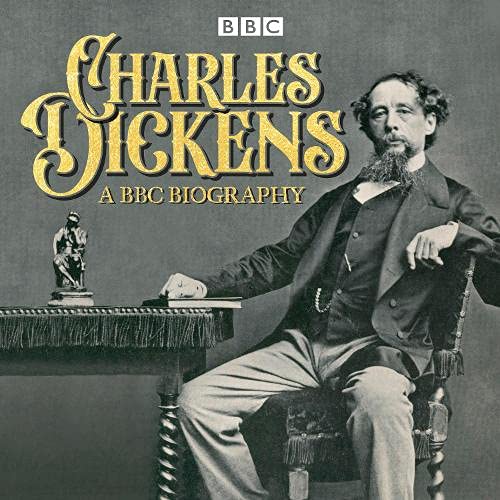 Charles Dickens was a literary giant, second only to Shakespeare in the ranks of England's greatest writers. This extensive biographical collection looks at the man, his novels and his legacy to provide an all-round portrait of the much-loved author.

Michael Eaton's five-play cycle, Dickens in London, starring Samuel Barnett, Alex Jennings and Antony Sher, explores Dickens' changing relationship with the city that fired his imagination. His numerous achievements are discussed in Great Lives: Charles Dickens (featuring Armando Iannucci and Humphrey Carpenter) and In Our Time: Dickens (featuring Melvyn Bragg and guests). Sam West reads from Dickens' letters in Words and Music: Dickens' World; Simon Watts tells how the author's 1842 visit to the US became a turning point in his career in Witness History: Dickens in America; Ian Gillan takes a tour of Dickens' old home in Pride of Place: 48 Doughty Street; and in Night Waves, Philip Dodd talks to Claire Tomalin about her definitive biography, Charles Dickens: A Life.

Literary Pursuits finds Sarah Dillon hunting for the story behind the story of Dickens' classic masterpiece, Great Expectations, and in The Mystery of The Mystery of Edwin Drood, Frances Fyfield ponders what happened to the hero of Charles Dickens' final unfinished novel. In Free Thinking: Dickens, Matthew Sweet and guests examine his oeuvre and the way his work connects with the present day, while Landmarks: Charles Dickens is devoted to the great author's final completed novel, Our Mutual Friend.

Finally, Indian writer Ayeesha Menon finds out about her country's love affair with Charles Dickens in The Documentary: Dickens and India - Mutual Friends; and his enduring significance is explored in the five-part Radio 3 series The Writer's Dickens, in which contemporary novelists Tessa Hadley, Romesh Gunesekera, AL Kennedy, Alexander McCall Smith and Justin Cartwright consider the craft of Dickens' prose and reveal how he is both a role model and a shadow looming over their own writing.

What listeners say about Charles Dickens: A BBC Biography