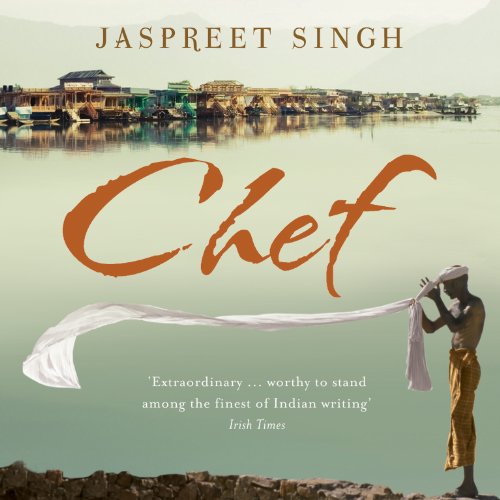 Kirpal Singh is riding the slow train to Kashmir. With India passing by his window, he reflects on his destination, which is also his past: a military camp to which he has not returned for 14 years. Kirpal, called Kip, is shy and not yet 20 when he arrives for the first time at General Kumar’s camp, nestled in the shadow of the Siachen Glacier. At 20,000 feet, the glacier makes a forbidding battlefield; its crevasses claimed the body of Kip’s father. Kip becomes an apprentice under the camp’s chef, Kishen, a fiery mentor who guides him toward the heady spheres of food and women.

In this place of contradictions, erratic violence, and extreme temperatures, Kip learns to prepare local dishes and delicacies from around the globe. Even as months pass, Kip, a Sikh, feels secure in his allegiance to India, firmly on the right side of this interminable conflict. Then, one muggy day, a Pakistani "terrorist" with long, flowing hair is swept up on the banks of the river and changes everything.

Mesmeric, mournful, and intensely lyrical, Chef is a brave and compassionate debut about hope, love, and memory set against the devastatingly beautiful, war-scarred backdrop of occupied Kashmir.

What listeners say about Chef