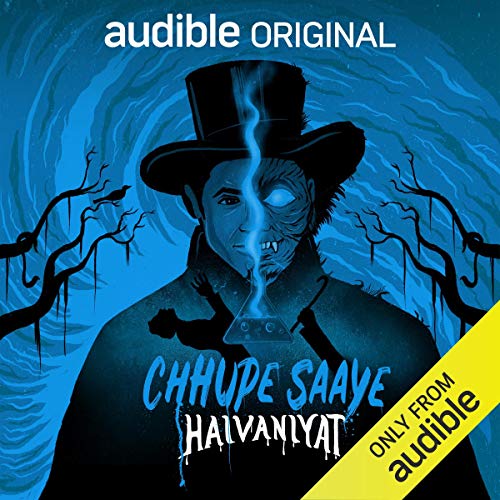 Chhupe Saaye, in its second season, continues to explore the terror and the darkness of the human spirit. In its quest for power and immortality, these demonic forces attempt to transgress the laws of nature and morality. The dramatic and grim conflict between Man and the Monster will keep you on the edge this time around too!

In this part, Dr. Jekyll aur Mr. Hyde Ka Ajeeb Maamla, renowned and respected Dr. Jekyll shows a strange attachment for a certain Mr. Hyde, who is repulsive and dangerous, lurking on the streets at night, tormenting strangers and often killing them. Jekyll gradually loses control over his own self, as Hyde seems to take over.

Chhupe Saaye: Haivaniyat is conceived and created by Indrani Chakrabarti, written and directed by Vinay Sharma and produced by EmVeeBee Media (P) Ltd.

Disclaimer: The show is for adult listeners. This show is entirely fictitious and inspired in parts by classics, literary works, and any resemblance to real persons (dead or alive), places and/or events is purely co-incidental. This show is not intended to outrage, insult, defame, or hurt any religion or the religious sentiments, belief, or feelings of any person, entity, class, or community, and does not encourage or propagate any superstitious beliefs, black magic and/or witchcraft. Listener discretion is advised.

Rakesh Tripathi's Narration at its best.

Love to listen to your narration. Its magical. Please continue bringing more such stories narrated by you and keep entertaining us.