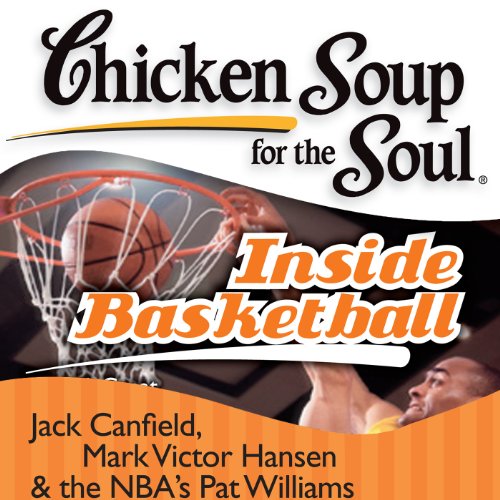 Chicken Soup for the Soul - Inside Basketball: 101 Great Hoop Stories from Players, Coaches, and Fans

Edited by series co-founders Jack Canfield and Mark Victor Hansen and Orlando Magic co-founder Pat Williams, this book collects stories about practicing faith, confronting fears, and helping others on and off the hard court. In one chapter, a coach tells the true tale of a star recruit who died from a heart ailment and how his team sought inspiration from it. Another story reveals NBA star Jermaine O’Neal’s relationship with a cancer-stricken child.

With a tone reminiscent of a favorite high-school teacher, Kevin Stillwell lets the power of the material take the front seat in an understated but positive performance.

Pat Williams has drawn on his basketball industry connections to compile great stories from on and off the court. Fans will be inspired, surprised, and even amused, by inside stories from well-known coaches and players, fascinating looks behind the scenes, and anecdotes from the people who make it all possible - the fans. Includes first person stories from 21 basketball celebrities, plus Pat Williams:

What listeners say about Chicken Soup for the Soul - Inside Basketball: 101 Great Hoop Stories from Players, Coaches, and Fans