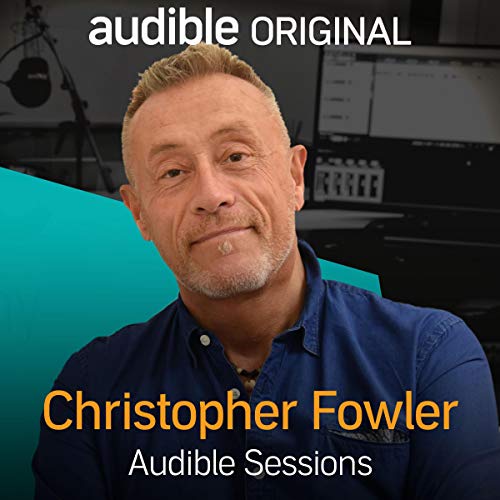 Visiting the Audible Studios for the first time is acclaimed British thriller writer and award winning author of more than 40 novels and short-story collections Christopher Fowler, who's here to discuss his latest title, The Book of Forgotten Authors.

Born in Greenwich in 1953, Christopher Fowler is the master of thriller and 'urban unease'. Coined by Time Out as 'a writer who would make a great serial killer'.

Fowler is author of the infamous Bryant & May series, which focus on two detectives in modern-day London, alongside numerous acclaimed short stories and novels including Roofworld, The Water Room and Full Dark House.

Fowler is also the recipient of the 2015 Dagger in the Library and five-time winner of the British Fantasy Awards. His other work includes graphic novels, screenplays, audio and stage plays.

Leading on from his weekly column in The Independent on Sunday, Invisible Ink, where he looks at writers whose work, once popular, has now disappeared out of the public eye, Fowler has written The Book of Forgotten Authors.

Critically acclaimed, and with no signs of slowing down, Christopher Fowler talks to us about his 10-year journey in collecting forgotten authors and his penchant for the strange.

What listeners say about Christopher Fowler

An interesting listen from an excellent author. There isn't a lot more to say but Christopher Fowler's voice is a lot more calm than I imagine and he comes across very well, dispensing a few fascinating facts about forgotten authors. Worth a listen if you are a fan of his work.