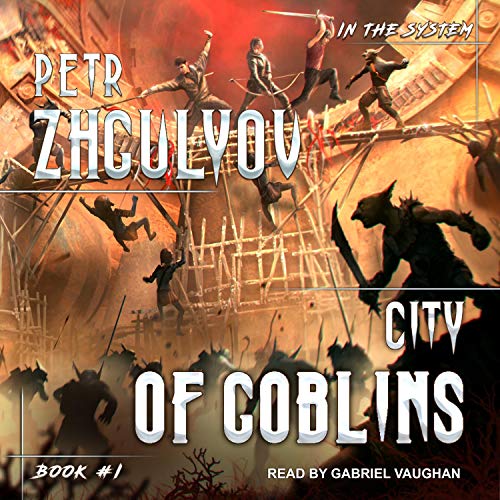 Ivan Susanin, a typical guy and unemployed techie, is initiated by the System and transported, together with a thousand other players, to an unknown location beyond Earth. Ivan has an interface, a spear, and basic weapon skills. All he has to do to return to Earth is complete a simple quest and reach the second level. But experience points are only awarded for kills in this game, and the clock is ticking.

The most valuable prey under these conditions are formal allies, i.e. the other players. If a player is capable of killing a fellow human, of course. Even if they aren't planning to go against their own nature by murdering innocents, who said that they will have a choice? It's kill or be killed!

Beyond the local objective is also a global one. In the center of the city stands a temple to a fallen god, and until one of the players captures the Altar, the mission will be repeated again and again.

For the first seven players, who become the Earth Gods, this mission is a chance to rapidly gain power and take charge of a united Pantheon. A chance to escape death and protect our world from invasion. Although there is only one altar and the Gods make others do their work. Ivan must make a choice and decide whose pawn he will become. Or should he take a risk, refuse their patronage, and keep his options open?

What listeners say about City of Goblins

Do you also hate Goblins?

I like the system that is in play; the mechanics and reasoning of the world. I wish book two was available, but only the kindle version is up for preorder. I feel like there is alot of potential left untapped in the story, which is a great thing and hopefully book 2 won't trample on my anticipation. Things at current feels balanced, the MC is getting stronger but so are his "temporary" allies. what distinguishes him from others is the help of his high intuition level that has played a crucial role in his decision making and risk taking. Thus far we have not seen typical Magic as a major shaker in the game, although a vast array of abilities could be considered magic. The world is quite interesting.
...Oh and underestimate the goblins and your in for a bad day.

like most Russian authors in this genre characters are allways viewing the world through a jaded lens. that's not always a bad thing. Klevansky , Stone ,Kornev all made such characters. They all could be rooted 4. that is not so in this case. the character is not a hero or even an anti-hero. he's psychotic. like Chinese authors MC's this one will do anyting 4 power & survival. for me it makes the story unlistenable as this character is unrelatable. I pulled the plug about halfway through. Gabriel Vaughn is a new narrator for me. he's flat. He does not color the words into a picture.. he did get a little bit better as the book went on. however crisp delivery does not make up for a lack of emotional resonance. I liked the story, mechanics and premise. I won't say that it was inspiring writing , but the author is solid . it just really sucked that the MC was not somebody who's fate I could care about.

The world and plot are interesting, taking 1k ppl every few days and dropping them into the ruins of an ancient fantasy city with the objective to survive a couple days and lvl up a bit for a chance to go back home for a little bit with the main mission of securing the altar of the fantasy worlds diety for 1 o the many Earth Gods that're using human avatars to form groups of the 'player' from around the world.
This throws ppl into a world of death without any warning, where one moment ppl are going to bed, then waking up in a desolate city and hunted by the native goblins and even other humans from their world, because they're trying to reach the minimum lvl in time for the dead line, since those who don't won't get to go home ever again.
It's a scary world that leaves everyone wondering who they can trust not to kill them to keep from being trapped in this nightmare forever at the timers end. So int understandable to be very Paranoid and suspicious, but with how emotionless the narrator is it make the MC sound psychotic. Like a robotic killer computing the possibility of ppls betrayal or secret motives and his probable retaliatory or preemptive action to counteract such attacks. Yes, the MC can overthink the dangers of a situation too much but he goes on to admit to himself that those possibilities are overboard and would be jokingly bad options for ppl to take against him.
Definitely worth checking out but will admit narration is painful and can hurt the way situations sound in the story.