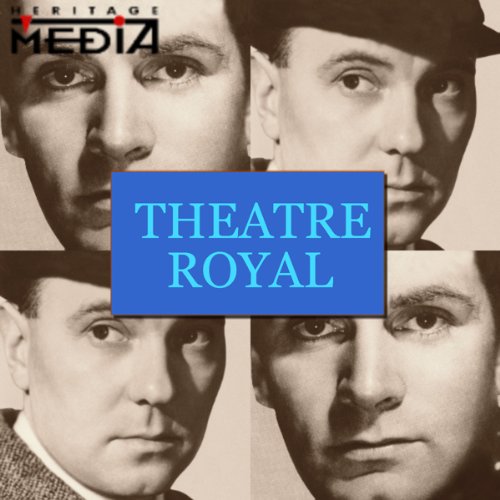 Fully restored and remastered, Heritage Media presents the greatest of vintage artists in classic dramas of the early America’s. Here is the legendary Laurence Olivier starring in ‘The Country of the Blind’, adapted from the original tale by H. G. Wells and ‘Bartelby’ adapted by Herman Melville.

Theatre Royal is a unique series of classic radio dramas produced in the 1950s by the late Harry Alan Towers. Starring the leading theatre artists of the day it is the only series of radio dramas in which Laurence Olivier ever appeared. He was joined by Ralph Richardson, John Gielgud, Orson Welles, Robert Morley, John Mills, Michael Redgrave, Trevor Howard, Robert Donut, Alec Guinness and Margaret Lockwood.

Over the Years, Theatre Royal has received a glittering array of accolades, including: “vivid, tense, and compressed.”( Classic radio)

“Great fun to listen to and, as radio history, they are unsurpassed.” (Sunday Telegraph)

“A must for archive fans. The excitement of vintage radio drama with strong storylines.” (Radio Times.)

Laurence Olivier's voice is absolutely engaging - warm and golden, from a golden age of radio drama. In this classic audiobook, he performs classic works of literature including stories by Herman Melville and H. G. Wells. Olivier gives each of his characters distinct and dynamic voices, and moves between them with perfect fluidity. Accompanied with big-band music and old-school sound effects, this audiobook is pure enjoyment, combined with some of the most beautiful and important stories of all time.

If you could sum up Classic American Dramas Starring Laurence Olivier, Volume 1 in three words, what would they be?

Too good to make favourites.

What does Laurence Olivier bring to the story that you wouldn’t experience if you had only read the book?

Olivier was the typical old style classic actor who could have made eating a mornings cerial breakfast seem the most triumphant food of the day. That strong archaic rich full voice brought drama to the most undramatic and he did it in that unique Olivier way, and I have yet to discover what that was.

No more emotional than any other.

These are good stories from the past. If you like old fashioned 'American ear splitting drama' these are a great listen now and again. The sound is obviously of the era and nothing like the clarity we have today, which for me, adds to why I like this classic collection.