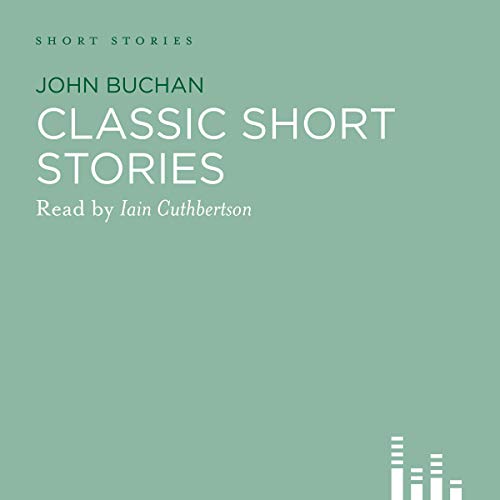 John Buchan, who served in Intelligence during World War I, wrote over 100 books, including seven collections of short stories. Although he is best known for his five Richard Hannay thrillers (including The 39 Steps, the basis for an Alfred Hitchcock film), some of his most lucid and enjoyable writing can be found in his lesser known short stories.

Here are tales about war-time code breaking, cannibalism, and swashbuckling adventure during the times of Bonnie Prince Charlie. They vie with subtler stories, with a more intimate perspective, about the vagaries of human nature, politics, fishing, and poaching, set against the landscape of the lowland Scottish countryside where Buchan spent his youth.

A set of 8 short stories on everything from World War I to poachers in a Scottish glenn.... worth the time if you like Buchan's longer books.