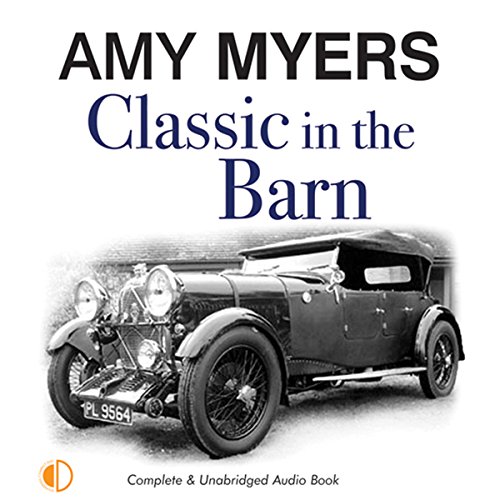 Classic in the Barn

When Jack Colby glimpses a 1938 Lagonda V12 lying uncared for in a Kentish country barn, he just has to have a closer look – which brings him face to face with its angry owner, Polly Davis, former TV presenter and widow of car dealer Mike. Is it the car or Polly that captivates his heart? No question, he has to find out more about both. Jack’s enquiries are abruptly cut short, when some days later he finds Polly’s murdered body lying outside the barn.

Convinced that the Lagonda is somehow involved, he is determined to bring her killer to justice. But Jack drives in the fast lane - and hazard lights are always flashing.

good start to a new series.

he has already listened to it.

Have you listened to any of Andrew Wincott’s other performances? How does this one compare?

no I haven't but I thought he performed the book well.

as I know very little about cars I wasn't sure if this would be my thing but I enjoyed it and am looking forward to the rest of the series.
jack Colby, the car detective, is the main character and in this first in the series finds himself looking for a murder.