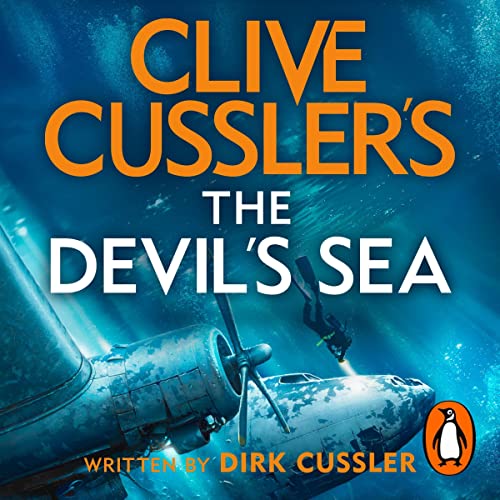 Dirk Pitt is back. And on his shoulders rests the fate of the entire planet.

Tibet, 1959: In the turmoil of the Communist takeover of the mountain kingdom, a Buddhist artefact of immense importance appears to have been lost to history. Until, 60 years later, clues to its survival emerge from the wreckage of a cargo plane discovered deep beneath the surface of the Philippine Sea....

NUMA Director Dirk Pitt and his old friend Al Giordino already have their hands full dealing with the recovery of a top-secret hypersonic missile that went down in the Luzon Strait. Especially when it becomes clear that a rogue Chinese military team has its sights set on the same prize. And that, after making their own earth-shattering discovery about what lies below the waves, they're prepared to go to any lengths to ensure that they possess it.

Any lengths at all.

From the cold, dark depths of the Pacific Ocean to the vertiginous peaks of the Himalayas, only Pitt, his son, Dirk Jr, and daughter, Summer, can unravel the mysteries that will preserve a religion, save a nation and bring the world back from the brink of war.

The Devil's Sea is white-knuckled adventure in the finest Cussler tradition, delivering a thrilling new masterpiece of pause-resisting intrigue and exhilarating suspense. Not for nothing was Clive Cussler known as the 'grand master of adventure'.

"Just about the best in the business." (New York Post)

What listeners say about Clive Cussler's the Devil's Sea

Yet another boring and predictable book from Cussler.
It has all the standard Pitt/Giordino plot lines and story structure. Change the names/locations and you have the last dozen books. Cussler really shouldn’t treat his ‘cash cows’ with such disdain.

The book was ok - the narrator was ok

But if you want to hear the worst Aussie accent ever, listen to this book