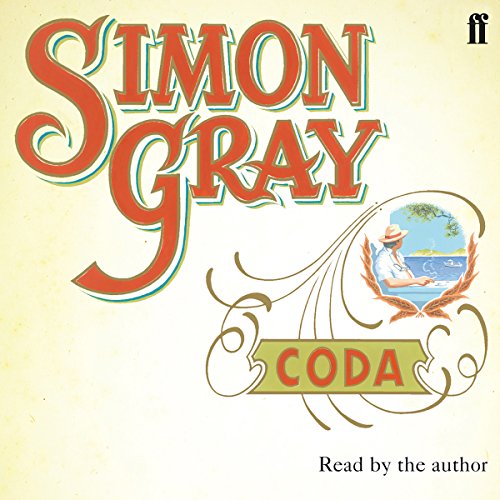 During a holiday with his wife in Crete, the celebrated diarist and playwright Simon Gray recalls the scans and consultations that have dominated the previous months in this frank, moving, and often painfully funny account of what Gray refers to as "the beginning of my dying". Wonderfully comic depictions of the medical team are interrupted by unforgettable portraits of fellow tourists, digressions on everything from crimes of passion to a brief history of his athletic career, and a masterfully tense distraction, composed while waiting for his final prognosis - and smoking one last cigarette.

Written with a great generosity of spirit and a poignant reluctance to leave this world behind, Simon Gray's Coda was read by the author shortly before his death, in August 2008.

"Highly addictive, often wildly funny but also, and this is increasingly the case, deeply moving.... [Simon Gray's diaries] are works of rare honesty, humanity, and wit that are surely destined to be read with pleasure a hundred years from now." (Sunday Telegraph)

What listeners say about Coda

reading speed is a bit fast, need to slow it down to appreciate the humour and insights.