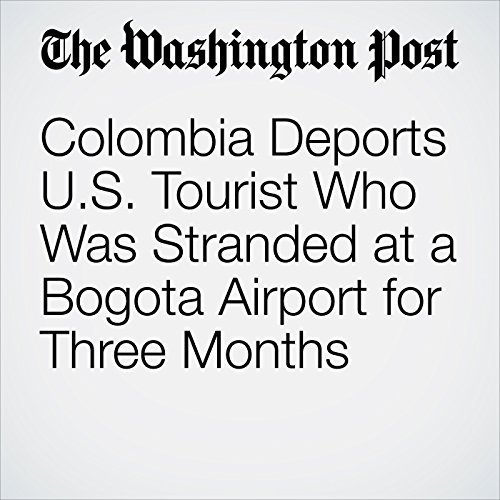 Colombia Deports U.S. Tourist Who Was Stranded at a Bogota Airport for Three Months

Colombian authorities have initiated deportation proceedings against a U.S. woman who has been stranded in Bogota's international airport since October, sleeping in the departure lounge and surviving on handouts from fellow tourists.

"Colombia Deports U.S. Tourist Who Was Stranded at a Bogota Airport for Three Months" is from the January 05, 2017 World section of The Washington Post. It was written by Nick Miroff and narrated by Sam Scholl.

What listeners say about Colombia Deports U.S. Tourist Who Was Stranded at a Bogota Airport for Three Months