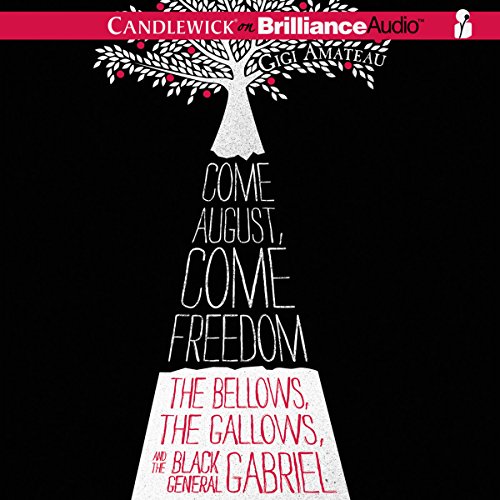 Born a slave in 1776, Gabriel grows up capable and literate only to be taken from his mother and sent to the capital city as a blacksmith’s apprentice. There in the forge, a meeting point for many travelers and news bearers, his work awakens him to the sparks of resistance that are igniting into rebellion around the globe. When he is unable to both defend the love of his life and earn the money to buy her freedom, and with the news of Toussaint’s successful rebellion against Haiti’s slave masters ringing in his ears, Gabriel makes a decision: freedom for just his own family would not be enough.

Using the forge to turn pitchforks into swords and his eloquence to turn dreams into rallying cries, Gabriel plots a rebellion involving thousands of slaves, free blacks, poor whites, and Native Americans. To those excluded from the promise of the Revolution, Gabriel intends to bring liberty.

Interwoven with authentic original documents, this poignant, illuminating novel about a major figure in African-American history gives a personal face to a remarkable moment in our past that is little known but should be long remembered.