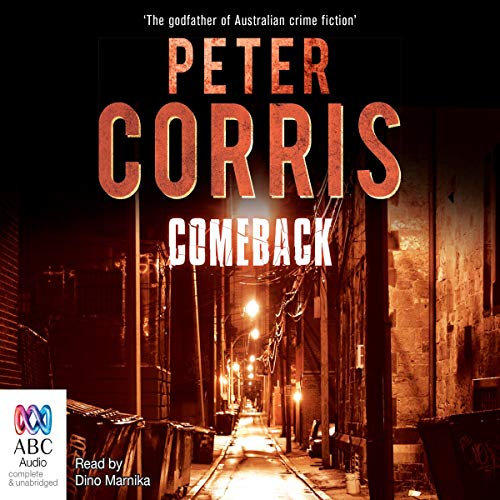 Cliff Hardy has his PI license back - but does he still have what it takes to cut it on the mean streets of Sydney? Cliff reckons the skills are still there, if a little rusty, and actor Bobby Forrest's case looks promising. Bobby's a nice enough guy, but why is he being stalked by a red-hot brunette? And why did he have to go online to find a date? When Bobby is murdered, it comes as a shock. Cliff's only solid lead is a white Commodore, the most ubiquitous car around.

When a surprising connection with his own past surfaces, Cliff is forced to put some of his skills to the test. But is he heading in the wrong direction?

Somehow he has to put it all together without losing his license again, but in true Hardy fashion he's managing to find his way into trouble, not out of it.

"One thing you can never accuse a Cliff Hardy novel of is padding! They are sparse, entertaining, tight little capsules of Cliff the Private Detective working the mean streets of Sydney, and have always been thus." (www.austcrimefiction.org)
"Once again Corris has captured both the zeitgeist and the rhythm of what long-defunct inner-west rock band the Stotting Tommie's once described as "the city of emeralds and dust"." ( Sydney Morning Herald)

What listeners say about Comeback

Would you try another book from Peter Corris and/or Dino Marnika?

I would certainly try another book from Peter Corris, but not read by Dino Marnika

Had to stop listening almost immediately so don't know

Reader should know how to read aloud, with appropriate emphasis and cadence.

Annoyance because of the reader