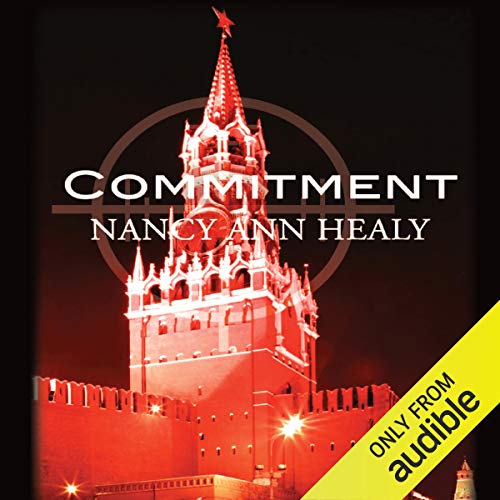 It’s hard to be committed to anyone when you don’t know whom to trust.

Alex embeds in a secret organization of intelligence operatives known as The Collaborative. Its partners include operatives from the CIA, National Security Agency, FBI, US Department of Defense, and an entanglement of foreign intelligence agencies.

It’s about half a year after the death of President John Merrow, a friend and someone she respected. But she remains committed to overthrowing The Collaborative as she works with a onetime adversary who believes the organization’s involved in the president’s death.

Meanwhile Alex; her wife, Cassidy O’Brien; and Cassidy’s son try hard to live as a family but must first overcome personal struggles, including a nasty custody battle with Cassidy’s ex-husband, Congressman Christopher O’Brien. The family has their own share of secrets that, if unleashed, could affect their hopes for the future.

There’s no place to turn without discovering people who are not who they claim to be. That can’t stop Alex. She must remain committed to the cause, both at home and as she works against The Collaborative.

What listeners say about Commitment

Glad more books in this series to keep me entertained. Over the top in some of the sticky, gooey professions of love and improbable escape from death scenarios as well as 20th C cloak n dagger in 21st C. Still a great listen.

Once again the lives of Alex and Cassidy bring their special kind of magic to audible. Full of intrigue as well as twists and turns in the plot keep compelling me not to put it down.
Can't wait for the next one, but I don't want this series to end, ever. I don't think there is anything like it in any other book or series.

Whoa! This book. This series. This series has so many twists and turns, no one would expect what's going to happen. Seriously, the ending of this one had me so surprised! I can't wait to start the next book!

OMG this left me with even mor suspense... Nancy Ann Healy is a great writer and Cassandra York is a great narrator...

That was EXCELLENT!! GAWD, the surprises were crazy....yet outstmtanding!! Nancy, Cassandra is one of the BEST narrators I've ever heard!!!

I loved Commitment. The continuing story of Alex, Cassidy and their family. The ongoing international intrigue. Oh, I did I mention a major cliffhanger? Cassandra York does an excellent job with the narration.

yet another twist and turn. please tell me there is more!!!! love this series! More

I cannot wait to listen the next installment. I love the series and listening to it has put it on the next level for me. the characters, accents, intrigue, and family love makes for a perfect bridge for the next books.

Awesome 3rd Book in The Alex and Casidy

This book is the 3rd in the Alex Toles , former Captain in the Army, Former FBI and NSA Agent. And Her wife Casey O'Brien Toles who was once married to Christopher O'Brien who was once a trusted member of Congress but is now on the run from legal changes.

The narration continues to be easy to listen to and individual voices for the main characters. The storyline is addictive and left me wanting more.