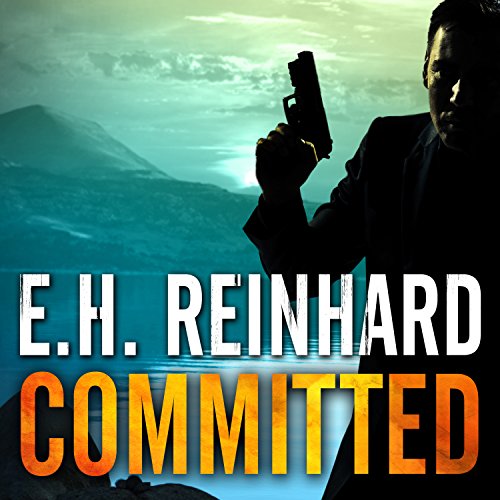 A wanted serial killer and his girlfriend are on a bloody killing spree across the United States. Agents Hank Rawlings and Beth Harper, along with the rest of their team, are on a nationwide manhunt to bring them to justice.

Scene after scene and body after body only add to the media coverage. The wanted couple's faces are splashed across every television and cover the front pages of every newspaper, yet Hank's team remains a step behind - leaving them searching through the wreckage and bodies left in the couple's wake.

As the pair takes a turn for the border, Hank must pull out all the stops to capture the murderous lovers before they take more lives, cross the border, and slip through the FBI's grasp.

The hunt is on.

What listeners say about Committed

E H Reinhard is back on track with this third book in the Hank Rawlings series. His first book was a huge success and hooked me on this author. His second book made me wonder if he was a one hit wonder! I decided to give him one more try and am so glad I did.
This book is Excellent. There is a male/female couple traveling across country stealing vehicles and money and brutally killing the owners. They could have easily just disappeared but the girl has a penchant for fire and is literally leaving a breadcrumb trail for Hank and his partner Beth to follow. The book starts with a bang and comes to an explosive conclusion. A few sad scenes that lead Hank's wife to decide she would like to adopt a child. For anyone who hasn't listened to this series, the wife (Karen) rules the roost.
This book is HIGHLY RECOMMENDED
If you found this review helpful please indicate so.
Thank You.

This series is back on track

Book 2 of the FBI Agent Hank Rawlings series was not very good, but Committed puts the series firmly back on track. It is great suspense listening. A Bonnie and Clyde type pair are traveling around the US murdering people and stealing vehicles with the FBI always two or three steps behind. Todd McLaren does a fine job of narrating.

Accidently ordered the wrong book, and ameaditly left on a road trip. Not a bad story, but was a bit startled by the girl voices;)