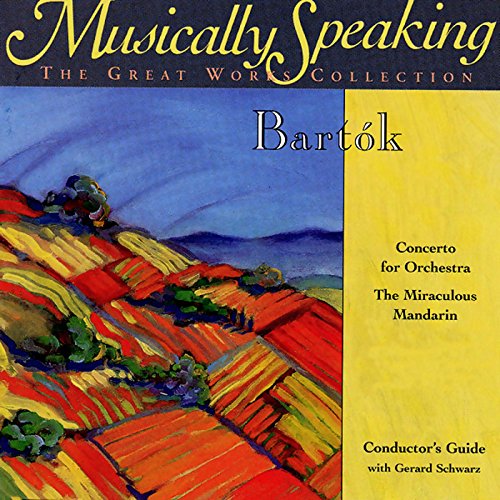 Conductor's Guide to Bartok's The Miraculous Mandarin & Concerto for Orchestra

Gerard Schwarz describes how Bela Bartok developed new rhythmic patterns modeled on Balkan and North African folk music and explored unusual instrumental colors and textures. During the 1920s and early 1930s, Bartok's innovative tendencies earned him a reputation as an uncompromising modernist, making him almost a musical anarchist who was unappreciated and largely unperformed, particularly in his native Hungary.

When Bartok was five, his father died, and Bartok began to live a nomadic life with his mother, who struggled to earn a living. Bartok fell in love with the folk music of the rural villages of Hungary as he grew up, music that was largely unknown to the outside world. It was this music that he traveled to record later in his life and which formed the basis of his compositions.

Schwarz uses musical excerpts from The Miraculous Mandarin to demonstrate Bartok's use of harmonic fourths and Concerto for Orchestra, Bartok's most popular orchestral composition and one of the most familiar of all his works.