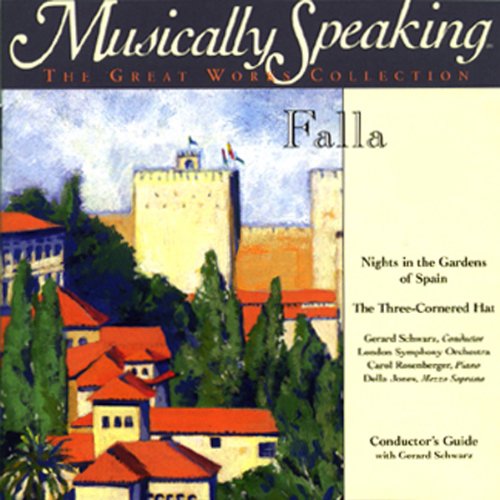 Separated from the rest of Europe by its position on the Iberian peninsula and the high mountains of the Pyrenees, Spain has always been a land apart. Not only its geography but its history have contributed to making Spanish culture one of the most distinctive in the world. For centuries, much of the country was dominated by Moors, Islamic conquerors who crossed into Spain from North Africa and left indelible imprints on Spanish art, architecture, and music.

Beginning in the waning years of the 19th century, Spanish composers turned to the rich tradition of Spanish folk music for materials and inspiration, and in doing so imbued their compositions with a colorful national character. The most brilliant of those composers was Manuel de Falla. Fusing the rhythms and melodic traits of Spanish folk music with a modern palette of harmonies and instrumentation, Falla created music with the sophistication of Debussy, Ravel, or Stravinsky, but audibly rooted in the folkloric soil of Spain. It is music that blends bright energy and languorous sensuality, strong rhythms and deep lyricism, qualities that have always been part of the mysterious Spanish soul.

The Musically Speaking Conductor's Guides are your link to an appreciation of the greatest classical music ever performed. Let Maestro Gerard Schwarz enrich your classical music listening enjoyment by illuminating the great works of the Masters with revealing commentary and educational insight.