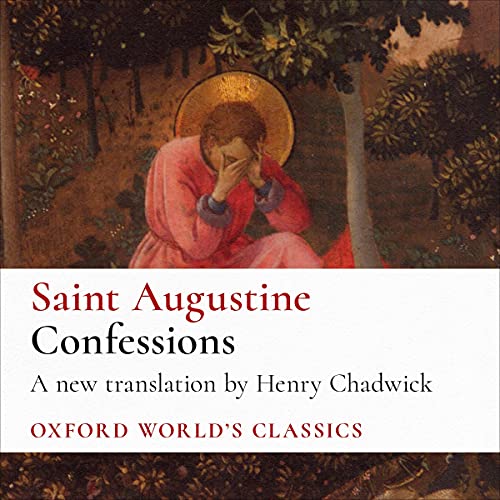 In his own day the dominant personality of the Western Church, Augustine of Hippo today stands as perhaps the greatest thinker of Christian antiquity, and his Confessions is one of the great works of Western literature. In this intensely personal narrative, Augustine relates his rare ascent from a humble Algerian farm to the edge of the corridors of power at the imperial court in Milan, his struggle against the domination of his sexual nature, his renunciation of secular ambition and marriage, and the recovery of the faith his mother Monica had taught him during his childhood.

Now, Henry Chadwick, an eminent scholar of early Christianity, has given us the first new English translation in 30 years of this classic spiritual journey. Chadwick renders the details of Augustine's conversion in clear, modern English. We witness the future saint's fascination with astrology and with the Manichees, and then follow him through scepticism and disillusion with pagan myths until he finally reaches Christian faith. There are brilliant philosophical musings about Platonism and the nature of God, and touching portraits of Augustine's beloved mother, of St. Ambrose of Milan, and of other early Christians like Victorinus, who gave up a distinguished career as a rhetorician to adopt the orthodox faith. Augustine's concerns are often strikingly contemporary, yet his work contains many references and allusions that are easily understood only with background information about the ancient social and intellectual setting. To make the Confessions accessible to contemporary listeners, Chadwick provides the most complete and informative notes of any recent translation and includes an introduction to establish the context.

The religious and philosophical value of the Confessions is unquestionable - now modern listeners will have easier access to St. Augustine's deeply personal meditations. Chadwick's lucid translation and helpful introduction clear the way for a new experience of this classic.

What listeners say about Confessions

This is by far the best translation of Confessions into modern language. I enjoyed it immensely.