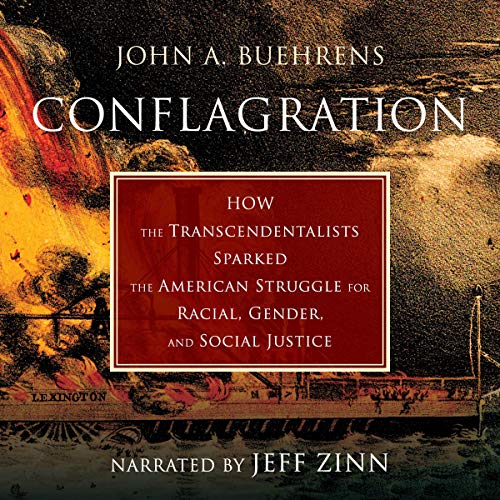 How the Transcendentalists Sparked the American Struggle for Racial, Gender, and Social Justice
Written by: John A. Buehrens
Narrated by: Jeff Zinn
Length: 12 hrs and 26 mins
Categories: History, Americas

A dramatic retelling of the story of the Transcendentalists, revealing them not as isolated authors but as a community of social activists who shaped progressive American values.

In the tumultuous decades before and immediately after the Civil War, the Transcendentalists changed 19th-century America, leading what Theodore Parker called "a Second American Revolution." They instigated lasting change in American society, not only through their literary achievements but also through their activism: Transcendentalists fought for the abolition of slavery, democratically governed churches, equal rights for women, and against the dehumanizing effects of brutal economic competition and growing social inequality.

The Transcendentalists' passion for social equality stemmed from their belief in spiritual friendship - transcending differences in social situation, gender, class, theology, and race. Together, their fight for justice changed the American sociopolitical landscape. They understood that none of us can ever fulfill our own moral and spiritual potential unless we care about the full spiritual and moral flourishing of others.

"A clear, vibrant picture of the varieties of heroism that appear in battles for human rights." (Kirkus Reviews)