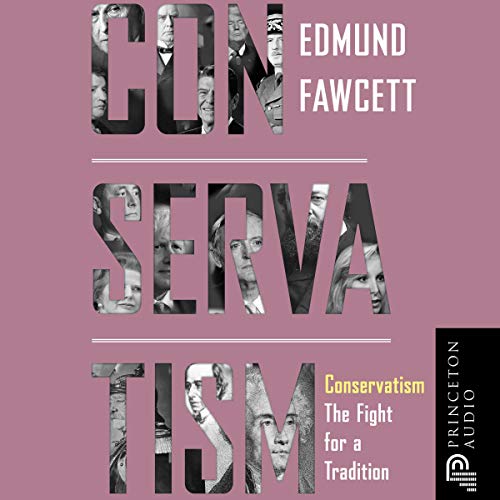 For 200 years, conservatism has defied its reputation as a backward-looking creed by confronting and adapting to liberal modernity. By doing so, the right has won long periods of power and effectively become the dominant tradition in politics. Yet, despite their success, conservatives have continued to fight with each other about how far to compromise with liberalism and democracy - or which values to defend and how. In Conservatism, Edmund Fawcett provides a gripping account of this conflicted history, clarifies key ideas, and illuminates quarrels within the right today.

Focusing on the United States, Britain, France, and Germany, Fawcett’s vivid narrative covers thinkers and politicians. They include the forerunners James Madison, Edmund Burke, and Joseph de Maistre; early friends and foes of capitalism; defenders of religion; and builders of modern parties, such as William McKinley and Lord Salisbury. The book chronicles the cultural critics and radical disruptors of the 1920s and 1930s, recounts how advocates of laissez-faire economics broke the post 1945 consensus, and describes how Donald Trump, Boris Johnson, and their European counterparts are pushing conservatism toward a nation-first, hard right.

An absorbing, original history of the right, Conservatism portrays a tradition as much at war with itself as with its opponents.

“An impressive and stylish synthesis.” (Duncan Kelly, University of Cambridge)

“From resistance to the French Revolution to populist appeal in the twenty-first century, from American proslavery thought to the predicaments of post-Nazi politics, this book provides a sweeping overview of a political tradition that has often been underestimated, both in its intellectual ambitions and in its practical effects on the course of Western societies. Fawcett’s fresh account is as accessible as it is stimulating, and makes the reader grasp the paradoxes of conservatism, its malleability in the guise of stubbornness.” (Paul Nolte, Free University Berlin)

"This is a panoptic account of the changing character of conservatism, both in theory and practice, from its inception as a reaction to the French Revolution to the present. By contrasting conservatism's development in four nations, this book presents a compelling picture of how what began as a beleaguered defense of a lost cause became a confident capitalist creed. It also explains why, for long stretches over the past two centuries, conservative politics has been able to subdue its liberal, radical, and socialist rivals." (Gareth Stedman Jones, author of Karl Marx: Greatness and Illusion)

What listeners say about Conservatism