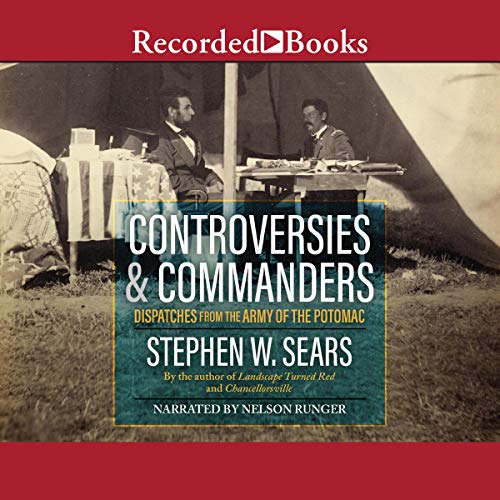 Throughout the devastating years of the Civil War, the Union Army of the Potomac seldom marched in step. In this provocative book, acclaimed historian and award-winning author Stephen W. Sears takes a fascinating look at some of the intriguing Union generals and the controversies that swirled around them. Delving into historical documents and the personal papers of military officers, Sears shares the compelling stories of oft-maligned Generals McClellan and Hooker, the shocking court-martial of patriotic General Stone, the failed plots to kidnap Confederate President Jefferson Davis, and more.

As the facts come to light, the Union’s renowned leaders stand revealed as what they really were: ordinary men in the grip of extraordinary times. An authority on the Civil War, Sears skillfully paints a remarkable portrait of the personalities and events that shaped our nation’s greatest crisis. The rich analysis becomes ever more clear and accessible with Nelson Runger’s thoughtful narration.

What listeners say about Controversies and Commanders

Captivating, descriptive, worth the listen.... I highly recommended it to anyone interested in some of the 'unknown stories' of the civil war.

This book is one of the most in depth complete stories I have ever read concerning the complexities of life and warfare between two brilliant men of opposite beliefs.