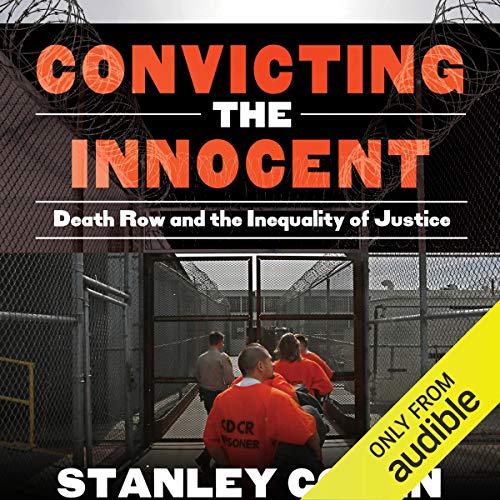 Every day, innocent men across America are thrown into prison, betrayed by a faulty justice system, and robbed of their lives - either by decades-long sentences or the death penalty itself. Injustice tarnishes our legal process from start to finish. From the racial discrimination and violence used by backwards law enforcement officers, to a prison culture that breeds inmate conflict, there is opportunity for error at every turn.

Award-winning journalist, Stanley Cohen, chronicles over 100 of these cases, from the 1973 case of the first ever death row exoneree, David Keaton, to multiple cases as of 2015 that resulted from the corrupt practices of NYPD Detective Louis Scarcella (with nearly 70 Brooklyn cases under review for wrongful conviction). In the wake of these unjust convictions, grassroots organizations, families, and pro bono lawyers have battled this rampant wrongdoing. Cohen reveals how eyewitness error, jailhouse snitch testimony, racism, junk science, prosecutorial misconduct, and incompetent counsel have populated America's prisons with the innocent.

Listeners embark on journeys with men who were arrested, convicted, sentenced to life in prison or death, dragged through the appeals system, and finally set free based on their actual innocence. Although these stories end with vindication, there are those that have ended with unjustified execution. Convicting the Innocent is sure to fuel controversy over a justice system that has delivered the ultimate punishment nearly 1,000 times since 1976, though it cannot guarantee accurate convictions.

Wow this gives you a different view

I enjoyed this so much it really made you think. It was hard to listen because the subject matter was so sad but it was worth it. The author gave you lots of information in an interesting way.

Reads more like a textbook for Innocence Project students than a storybook. The point the author attempts to highlight is completely overshadowed by volume; like trying to sip from a fire-hose. People are wrongfully accused, we get it, and so does the listener in the first 5-minutes. Forced myself to listen to the whole book, it's just more of the same.

Important. Now more than ever.

Too many cases to consider -- which is the point, isn't it?

This is a book that should really halt this draconian method of state sanctioned murder in it's track's but alas it seems certain puritanical factions in America think that this is justice. A real eye opener, so many lives ruined.