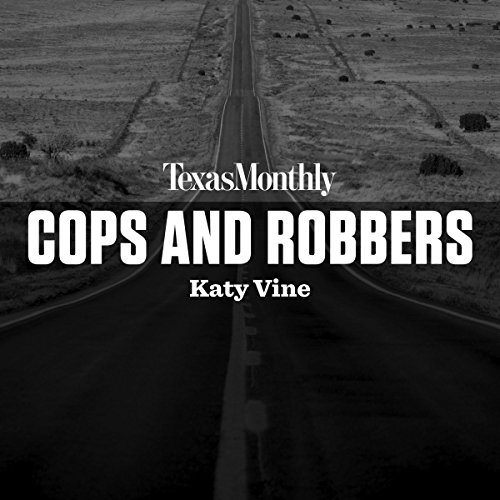 In partnership with Texas Monthly, Katy Vine's "Cops and Robbers" is now available as an audio download, where the length and timeliness of a podcast meets the high-quality production of a full-length audio program.

Law enforcement in Hidalgo County would joke that without the drug trade, half the business in the county would fail. Others would say of the region in South Texas that you'd be hard pressed to meet a local who didn't know a drug dealer. The sentiment of the local culture and economy relying on the drug trade would turn from harmless to hostile when the line between drug busters and drug dealers began to blur.

In "Cops and Robbers," listeners are introduced to members of the Panama Unit, a group of young, eager sheriff's deputies and police officers tasked with drug busting along the active dealing border between Texas and Mexico. The unit was created by Guadalupe "Lupe" Treviño, a popular, charismatic sheriff looking to right the wrongs of his predecessor, who had been charged with extrotion and drug trafficking. Treviño placed his arrogant son in charge of the unit, a move that many questioned and one that would be the downfall of the sheriff's office.

Katy Vine explores Southern Texas's fragile relationship with the drug trade and its border with Mexico through this larger than life story of what happened to some of Texas's finest when taking part in the drug trade became more worthwhile than stopping it.