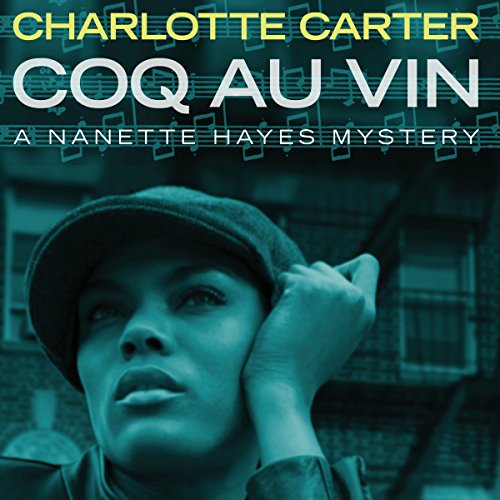 Will hard-boiled New York street musician Nanette Hayes find love and music in the city of lights - or only heartbreak and murder?

After a series of harrowing events, sassy self-taught saxophonist Nanette Hayes is back to her routine: street performing from the theater district to Riverside Park to Park Avenue, haunting the music stores on Bleecker, hanging out at the mobbed-up strip club where her BFF, Aubrey, is the reigning diva, and, to keep her mom in the dark, inventing more and more tales about her fictitious job at NYU as a French teacher.

When Nanette's overprotective mother tells her that her glamorous, bohemian auntie Vivian has gone missing in France under mysterious circumstances, Nanette is dispatched to Paris to help. Paris - her favorite city! Nan has to keep her focus on the mystery at hand and not on the coq au vin and Veuve Clicquot and jazz clubs. But the vibrant scene turns out to be the very thing that leads her deep into the underbelly of historic Paris, the crux of her aunt's disappearance, a twenty-year-old murder - and a sexy duet with Andre, a gifted violinist and fellow street musician from Detroit who puts his life on the line to prove his love for Nanette.

Coq au Vin is the second book in the Nanette Hayes Mystery series.