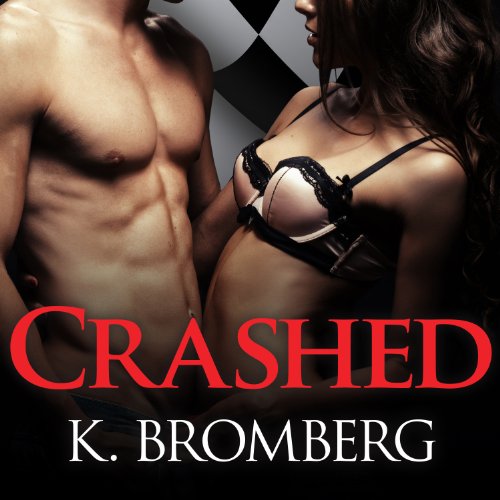 Life is full of moments. Big moments. Little moments. And none of them are inconsequential. Every single moment prepares you for that one instance that defines your life. You must overcome all your fears, confront the demons that chase you, and cleanse the poison that clings to your soul or you risk the chance of losing everything. Mine started the minute Rylee fell out of that damn storage closet. She made me feel. Made me whole when all I thought I could ever be was incomplete. Became the lifeline I never knew I needed. Hell yes, she's worth the fight - but how do you fight for someone you know you don't deserve? Colton has healed and completed me, stolen my heart, and made me realize our love's not predictable nor perfect-it's bent. And bent's okay. But when outside factors put our relationship to the test, what lengths will I have to go to prove to him that he's worth the fight? Whoever said love is patient and love is kind, never met the two of us. We know our love is worth it-have acknowledged that we were meant to be-but when our pasts crash into our future, will the repercussions make us stronger or break us apart?

What listeners say about Crashed

liked the picture on the book better than the story

These are a few things I like about the story:
1) Great sex
2) Interesting storyline
3) GREAT one liners

Cons you ask? Well lets see.
1) KB repeats thoughts over and over throughout all three books
2) You can't just buy one book bcs all three are one story
3) STRESSFULL storyline for books 2 and 3. So much so that it overshadows the love story. Instead of enjoying it, I found myself uptight and stressed. Although not book one
4) heroine is very weak in that in book one she keeps trying to make excuses to see him when it's all weak ones and all it boils down to is that she wants him and will do anything to crawl back into his life. But again, don't worry my friends, this IS a romance and at the end all will workout.

Book 2 was all about her being mad at him and him trying to get her back and terrible interactions.

Book 3... He finally starts to workout through his messed up head and things finally start to workout but then we have a couple of accidents and healing to go through before the happily ever after. Still very stressful.

So overall if I had the choice between 50 shades and this I'll go with 50 even though it was poorly written at least the story kept me interested and excited and full of love.

I also did not like the narrator changes in books 2 and 3. It throws off the reader in the sense that you have to readjust over and over when voices are not what you are used to so it makes it hard to really get into the book. This is not to say I did not like the male narrator, just that I prefer either all male or all female to allow for emersion into the story.
So make up your own mind but this is not the kind of book I would ever want to re-read.

I very seldom write a review but this is by far one of the best series I have ever listened to. Book 3 was my favorite hands down!

So excessively long and mostly boring!!

I wrote a review for book 1 of this trilogy Driven but wanted to put one for these other books. I am kind of surprised about the glowing reviews because these books are so very long and drawn out and thus boring. If they were 7 hours, I might feel differently but they are 14 hours and nothing goes on in about 10 of those hours. They should have been a max of 7 hrs. As it was by the time I got to the end of the 14 hrs each time, I was almost angry because I felt it was a waste of my time. To fill time they had Rylee (the heroine) whine most of the time. Too bad they didn't shorten them.

The narration was fine though.

I Sooo looked forward to this last book in this amazing trilogy... God, it was Sooo very Good... In the last book, Colton ended up in a coma. Yes, a coma. I was afraid of the chances of him having an amnesia or something because that would totally spoiled this amazing book for me. But thank goodness, this wasn't the case... But Colton's insecurity about himself and his relationship with Rylee did make an appearance again. I mean like, after what both of you had been through, you still think you can force the girl to leave you again by hurting her... Come on, Colton, that is so stupid...

I loved there love/race, thinking it was unattainable and achieving the attainable... The never-gives-up-on-us kinda love. I love the relationship advice the author inserted in here. I found them majorly helpful. I even stopped once awhile and think about the messages she was trying to deliver. I love how Rylee never gave up on Colton no matter how a jerk he can be sometimes. And I love Colton for trying to change himself, forgetting his past and moved on with Rylee by completely opening himself to her... '"'Remember, life isn't about how you survive the storm, but rather how you dance in the rain.''"

This book will defiantly please and with Tatiana Sokolov ( my favorite Narrator) and Sean Crisden reading it - it is sure to Delight... :)

Okay, but not recommended unless you get a deal.

Lots of drama, characters that you will like but not love. The writing and characters are unable to utter a full sentence without unnecessary expletives and far too many "f" bombs. At times, the main characters'self doubt over over her professed love and worry was enough to make me stop listening. Lots of sex but not that moving or steamy. Struggled to complete this one.

Would you listen to Crashed again? Why?

This is the last book to a great story.... But the first part had me really mad and then it all begins to unfold

After all of the ups and downs this book is just what I needed for Colton and Rylee. These two have had every punch thrown and mountain after mountain to climb but they survived and flourished together!!
Highly recommended!!

I usually subscribe to "if you can't say something nice, rather say nothing at all" but I have to say that I have never read a book with more sex scenes - so much so that it starting boring me very early on. Way too much!! Narrators were great but way too much foul language.

Too Many Ugly Words Ruins a Book

Great series. Excellent ending. I love happy endings. The damage in all of us can be mended. Found this series by accident.

Steamy with a great story line

Love these books, I have listened to all 3 & have enjoyed every minute. As a listener we are taken through a roller coaster of many intimate, endearing, sexy, emotional, many laughs and at times sadness that almost made me cry. I loved these characters & now I have completed all 3 books I miss them. I wish for more from K Bromberg.

not the worst in this series

Ok this book had more grit than the others, I enjoyed it the most. I like the story-line here though I am still not loving this series and I don't think much at all to the main characters. I wish I hadn't impulse bought 4 in this series and I would usually exchange for different books but I had heard such great things about this author and this series so I did decide to stick with it. I really did want to love the series and I am so disapointed.
The narration was good at defining situations and thoughts but it still didn't warm me to the characters.

I absolutely loved this book. A beautiful love story sexy, steamy scenes that actually enhanced the book but didnt make it seedy. i will definitely read this over again and I have no doubt that I will enjoy it just as much the second time around. The characters were so believeable and the narration was spot on. I highly recomend this story.

The best books iv heard in along while me me feel as what I was listening to was realy takeing place fantastic brighter.

An amazing book bought to life by two wonderful narrators...the most perfect trilogy ever ❤

I love everything Kristy Bromberg writes. This series was her first and I love it. I read the books in excess of ten times and the audio is a nice addition.

This book was the best one out of all 3 story fantastic, emotion great overall I would recommend this to anyone who likes this kind of book can't wait for the next book written by this author A+++

AMAZING one of its kind

This was by far one of the best books I have EVER read!!

Don't miss out on the opportunity to feel while you are reading because I am telling you that this book makes you laugh, cry and scream at the characters, and you know that when it makes you react this way it means that it has gotten you, it had captivated you.

Now that it has ended I feel a sense of loss... I will miss these characters but I will for sure go back after some time and re- listen to it.

If I could I would have given 10 stars to this one.

Where does Crashed rank among all the audiobooks you’ve listened to so far?

I have 100s of audio books and this ranks very highly

I cried, laughed and at times wanted to shake Colton & Rylee but it is really the best conclusion to the trilogy

What about Tatiana Sokolov and Sean Crisden ’s performance did you like?

It took me a while to get my head around Tatiana's narration and accept her as Rylee, having read the books first but she improved as the story went on.
Sean Crisden narrated Colton POVs brilliantly, he put so much emotion into the role and his voice is just so sexy. Loved him.

Too many to list here - suffice to say the whole trilogy is brilliant.

Kristy Bromberg is a brilliant author and I eagerly await her future work.

Yes because it's not only a romantic novel it has so many facets to the story it deals with love, fear, understanding, you name it this book has it.

Both main characters they compliment each other and you can not have one without the other.

Which character – as performed by Tatiana Sokolov and Sean Crisden – was your favourite?

Both again did a fantastic job Tatiana Sokolov brings the character of Rylee alive with so much personality and she does a great male version of Colton as does Sean Crisden they both put so much expression and emotion into both main characters.

WOW all of it very hard to pick just one moment with all of the Driven series it is such a roller coaster of emotions.

All of the Driven series is a brilliant read/listen if you want every emotion, memory, feeling in one hit than this series will take you on that ride.