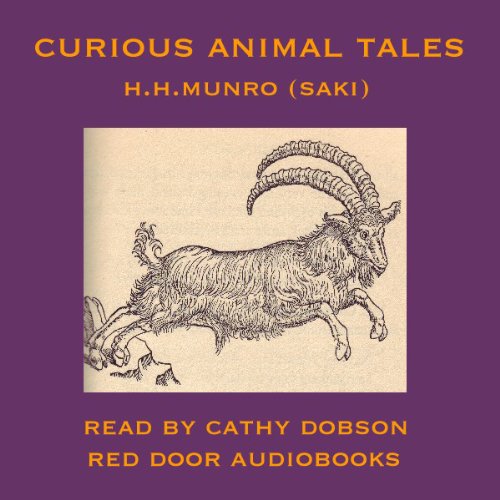 A quartet of short stories by Britain’s raconteur supreme, Hector Hugh Munro, better known under his pseudonym “Saki”. This collection brings together four of his most curious and amusing tales, all of which involve animals. Saki’s satirical take on the morals and eccentricities of Edwardian society, combined with a compelling narrative and an unexpected ending draw keep the reader hanging on until the very last word.

'Mrs. Packletide’s Tiger': Mrs. Packletide is determined to shoot a tiger in order to get one up on her arch rival Loona Bimberton. In a comical and at times ironic sequence of events, Mrs. Packletide finds herself at the mercy of another rival, just when she had least expected it.

'Tobermory': When Mr. Cornelius Appin announces that he has succeeded in teaching the cat, Tobermory, to speak, nobody in the house party believes him. But when Tobermory makes his entrance and begins to reveal the kind of personal secrets only a cat can know about the assembled company, chaos breaks out. Tobermory must be destroyed at all costs.

'The Mouse': When Theodoric Voler boards a train he finds he is not alone in the compartment. Not only is there a female companion asleep in one corner, there is a mouse that has hidden itself inside his clothes. Can the sensitive and prudish young man manage to undress and extricate the mouse without his female companion waking up?

'Esme': The Baroness recounts a hunting story with a twist. Instead of a fox, the quarry turns out to be an escaped hyena, which adopts her and Constance Broddle and leads them to cover up a heinous killing.