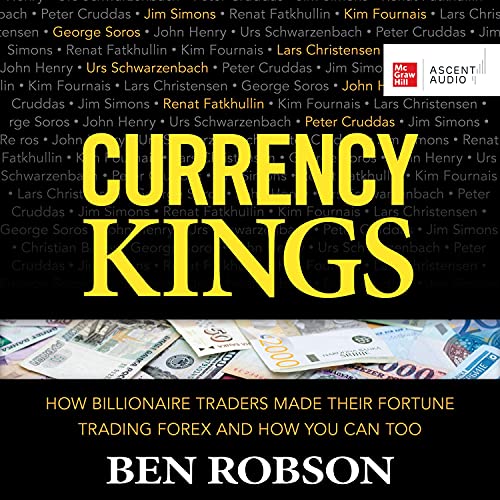 With five trillion dollars traded every day, FX dwarfs all other markets. It's a tough market to master - but not as tough as people think. Currency Kings provides the keys anyone can use to unlock the enormous potential of FX.

FX guru Ben Robson walks you through the process of developing a sound strategy, creating a competitive edge, scaling your efforts, and managing risk. It's a simple, commonsense approach. And it works incredibly well. Robson has been using it to drive major profitability from FX for years. Throughout, he analyzes the strategies of the world's greatest FX traders, including:

Each of these investors have drawn untold profits through FX trading - and none of their styles is the same. Which goes to show that there is always room for innovation. Currency Kings provides the foundation; you build on it with the right combination of discipline, original thinking, and a powerful will to win.

The behemoth called the FX market awaits. Use this unparalleled investing guide to profit beyond your wildest dreams.

What listeners say about Currency Kings