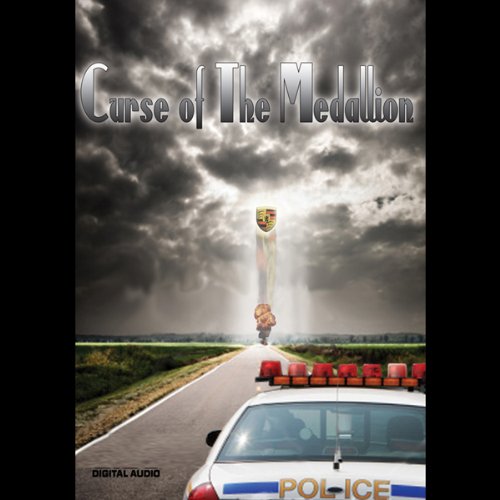 Curse of The Medallion

After filming the movie Giant, actor James Dean planned to enter his 1955 Porsche Syder in a race at the Salinas, California Airport. Following in Dean's station wagon were stunt car driver Bill Hickman and photographer Sanford Roth. Driving the Porsche, Dean left the slower station wagon behind as the race car continued on at an estimated 85 mph. From the opposite direction was a vehicle driven by Donald Turnupseed. He later testifed that he slowed as he approached the ill fated intersection then, glanced up the hill to look for upcoming cars. Crossing over the center line to continue his trip, Turnupseed said he never saw the race car. Police later concluded that the color of Dean's car and the twilight dusk camouflaged the silver Porsche. Turnupseed's car and Dean's Porsche hit almost head-on. Here is where our story begins.

Bill Hickman and Sanford Roth followed Dean, not knowing the tradegy they would soon discover. Stopping for directions, the two meet an aspiring singer known only as Garrett Arizona. Within minutes the three arrive at the fatal crash site. Bill and Sanford are devastated. Standing nearby, the young singer picks up a shiny metal object that will change his life forever.

Fifty years later, a series of letters are discovered by the grandson of Garrett Arizona. The letters reveal not only the past but, also his future. Taking the letters, he embarks on a journey to find the grandfather he has never met. He may not survive it as he knows nothing of The Curse of The Medallion.