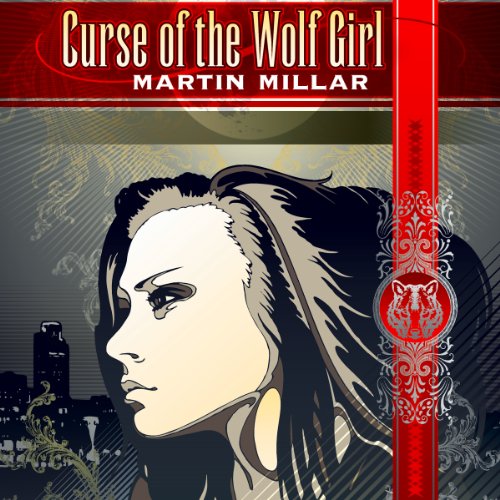 Curse of the Wolf Girl

Kallix, a morose, laudanum-addicted, unschooled, slightly anorexic werewolf is still on the run. The youngest daughter of the Thane of the MacRinnalch Clan of werewolves, held responsible unfairly for the death of the Thane, and justifiably responsible for the deaths of a great many other werewolves, remains prohibited from returning to Scotland in order to maintain the uneasy peace that temporarily prevails in court, despite the endemic debauchery and degeneracy always threatening to again spiral out of control. Frankly, things aren't much better for her in London than in Scotland. The love of her life is in hiding and her enemies increase in number by the day. Strong as she is when enraged, it's becoming ever more dangerous to be her. Daniel and Moonglow, her two human friends, do what they can to keep her hidden in plain sight (who would look for a werewolf in a remedial program for high school dropouts?) and keep her fed. Millar is a true world-creator, populating Curse of the Wolf Girl with a universe of characters: Fashion-designing werewolves, cross-dressing werewolves, and neurotic, psychotic, and erotic werewolves, as well as fairies, Fire Elementals, and good ole humans whipping them in faster and faster revolutions with his thrilling, vertiginous rollercoaster narrative.

wow. hard to describe this. I'd recommend reading the book. who knew they paid narrators with speech impediments? some of the voices were good but half were terrible. no idea how to convey sarcasm or wry/dry humor (essential to Millar e,g, Dominil). Unless you like the idea of a fire elemental that sounds like count chocula - don't listen. and that lisp - just awful. I love the series and Millars humor. It's too bad they couldn't find someone better.

Would you be willing to try another one of Kat Rose-Martin’s performances?

Never. Unless joined by a group of friends and some mind altering substances in a padded room so the neighbors wouldn't hear the raucous laughter and snorting

The books in this series are great! (there are 3 to date) - each one really good. can't wait for the next. this is the middle one which doesn't really matter except for the terrible narration.

The reader does all the accents and it's amazing

The book is a little all over the place - especially at the beginning - but once it gets going its off to the races. It makes you care about its diverse cast of characters and takes you on a fun journey through their lives.

As a rule audiobooks have been a second best replacement to me for visual reading, but this one is an exception. Kat Rose-Martin's performance is delicious candy that leaves me wanting more.

Sadly this brilliant story is let down by the choice of narrator. It should have been someone with a soft Scottish accent. Also the intonation was all wrong and there were funny pauses in the sentences. I stopped listening after an hour and read it instead. A real shame.

book for a rainy day

Where does Curse of the Wolf Girl rank among all the audiobooks you’ve listened to so far?

Top, becaue there are no other Martin Millar books in audible so far.

What other book might you compare Curse of the Wolf Girl to, and why?

Every Martin Milar book is amazing - makes you feel good, so they are books for a rainy day, indeed.

Which character – as performed by Kat Rose-Martin – was your favourite?

No particular character stood out, everything was great.

I wanted it to last as long as possible, so I listened to it in very small doses.

Please get more Martin Millar books to audible, and while at it, get his other book series Thraxas which he publishes as Martin Scott, as well.

If you could sum up Curse of the Wolf Girl in three words, what would they be?

I love Moonglow as she's so positive and supportive and long suffering!

Did Kat Rose-Martin do a good job differentiating each of the characters? How?

Um, slightly odd reading...not quite comfortable to listen too but you get used to it after a while. Quite good at all the accents but with so many Scottish accents some of them do drift into Irish and geordie a bit!

I've always loved this series of books and this is my favourite. So funny and involving, you really feel for the characters.

Wonderful story! I've been waiting for this seris for ages...not sure why audible released the 2nd nook of 3 1st???????? Will make my day when books 1 and 3 are finally available!