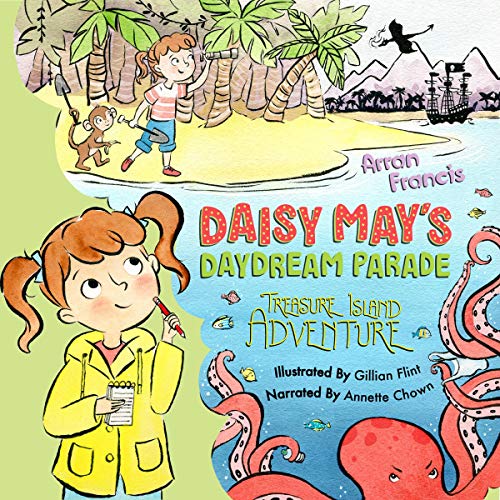 Eight-year-old Daisy May is the writer and star of her very own TV show, Daisy May’s Daydream Parade, which broadcasts live and exclusively in her imagination.

In the latest episode, Daisy May finds herself on a desert island where she discovers a map that leads to buried treasure, but what appears to be a simple quest to find riches soon turns into a roller-coaster ride as evil pirates, grumpy gorillas, and a fire breathing dragon stand in her way. However, when travelling across polluted ocean waters and trash covered beaches, Daisy May soon realizes that the hunt for treasure can wait - there’s a much bigger issue in need of urgent attention.

Written by Arran Francis, multiple series creator for BBC CBeebies Radio, Daisy May’s Daydream Parade audiobooks show how 8-year-old Daisy May confronts her real life problems in the stories she writes as she floats off into her daydream adventures.