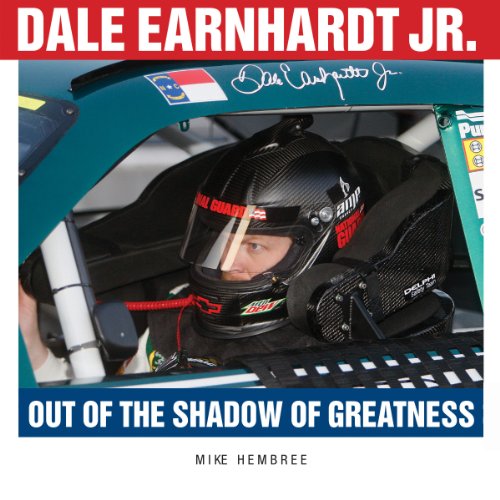 Having the name Earnhardt basically guaranteed Dale Jr.'s eventual career, as both his grandfather and father were NASCAR drivers. Michael Hembree charts the life of the racing dynasty scion, which is given a crisply professional performance by Robert Sams, whose style is most reminiscent of an old newsreel. This only serves to highlight how much of the Earnhardt story already seems like classic American lore, from his father's tragic death to his own emergence as a prominent racer. Dale Earnhardt, Jr.: Out of the Shadow of Greatness is an in-depth biography of one the world's best and most beloved drivers.

The story of NASCAR's legendary racer - newly revised! Dale Earnhardt Jr.’s name virtually assured that his life would not be ordinary. Over the past decade, he has fulfilled that destiny. His father, one of the most successful drivers in the history of international motorsports, gave his son more than his name. Dale Earnhardt Sr. placed Dale Jr. in position to follow the footsteps and tire tracks he had left from Darlington to Daytona, from coast to coast, from one championship to the next. Entering 2001, Junior was set to turn the sport on its ear. Instead, his world was rocked in the first race of the season when Dale Sr., racing behind him in a wild finish to the Daytona 500, crashed into the outside wall and was killed. The racing world mourned, and Junior’s life changed in many ways.

Dale Earnhardt Jr.: Out of the Shadow of Greatness tells the story of this remarkable young man’s journey from teenage dreamer to Winston Cup winner, from Street Stock racer to 200 mph superstar, from son of the greatest to a champion in his own right. Against the backdrop of one of sport’s biggest tragedies, he continues to carry the Earnhardt name to new heights. This newly revised edition is a must for any NASCAR fan.

there should be more to this book, it is not long enough but a great read all in all.

Unfortunately it cuts off end of Book. Otherwise

Love the book. nice insights. Really enjoyed it before it just cut off mid sentence