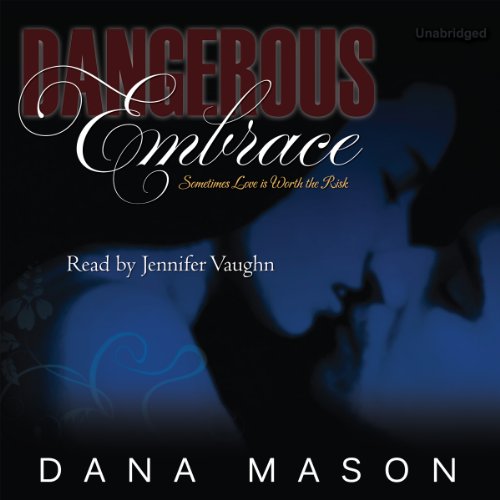 Sarah Jennings wants nothing more than a quiet life - alone. Raised by an eccentric mother, their life on the road only taught her how to run away from hard times. When she finds herself in an abusive relationship, this lesson serves her well. Eight years later, she’s settled back in her hometown and less fearful then she’s ever been in her life. She’s a first grade teacher, and with few friends and less family around, she has what she wants, a quiet life under the radar where she can be free of her past and live quietly.

Until one night and one brutal act of violence changes everything. Injured and afraid, Sarah wants to run again, but Mark Summors refuses to let her go.Mark was born and raised in Santa Rosa. He married his high school sweetheart and never questioned his life, until he found his wife with another man. Now divorced, he wants something more. He's passionate about his job, he wants to protect people, and he devotes his life to it.

This time he's protecting more than just another client, he's protecting his future; at least, Sarah Jennings will be his future, once he convinces her she loves him. When Sarah agrees to let Mark help, she doesn’t anticipate just how important of a role he’ll play in her future or how the violence in her past will come back to threaten them both.

"Dangerous Embrace is the perfect kind of romantic thriller. There was plenty of suspense, but the evolving relationship between Sarah and Mark is what really made me love the story." ( New York Times Best-Selling Author, A.L. Jackson)
"Dangerous Embrace is full of suspense that keeps you turning page after page. The plot and characters are very well written, story flows extremely well and its one of those books you don't want to put down." —Tana Rae Reads

What listeners say about Dangerous Embrace

Loved the story but not the narrator so much

The story was great it holds your attention giving you a thrilling exciting read, the danger is real when you have a stalker and an abusive ex who has been looking for you for more years than you can count. The story has a little of everything from romance to thrills and chills. I doubt you can read this and not have it touch you in some way. From the first page the author has you hooked from a brutal attack of violence and it doesn’t let up. One man see it and tries to help the victim only to have his lights punched out for his help which was cute and funny at the same time but very heartbreaking. At times the story is funny but for the most part it is action filled with one woman on the run as three men hunt her down. began with action and end with it, what a great read full of suspense that keeps your heart beating fast what a thrilling read I could not put down. It is a romance with suspense, action, and thrills but it is so much more the author gives you a wonderful story of strength, fears and overcoming them along with courage to stand up and be accounted for as well as starting over, learning how to trust and love again. It is about an abusive relationship, running for your life, learning to live again and start over.

The narrators normal voice is wonderful as well as her character voices however when she goes into character is sounds like she backed off the mic, at first I thought she did this when the character was thinking which would have been find, but she does this whenever a character is talking and then goes back to her normal voice which is spoken like everyone does. This was so distracting that I had a hard time trying to finish the audio. The only thing that kept me holding on was the story line and wanting to know how it ended. I really hate giving a bad review and only pick the books I think I can give a good one on however that is not the case with this narrator. Had I listened to this one first I most likely would not have listened to book 2 which I really enjoyed. This would be a great audio if the characters would all be in the same volume as the rest of the book. With that said I do have to say the narrator does give true emotions that you can feel, both her female and male characters are great if only they didn’t change in volume. There are no repeating of wording, the music was great and felt like it fit. The only issues I have is the volume change when in character other than that it was a good audio.

The author gives a powerful story that keeps you on the edge pulling you in giving you a compelling read that you can’t put down. I really wish I had bought the book and not the audio. Again the second audio of this series is much better and I truly enjoyed it. I really liked the characters even though I thought Mark was a little over powering but that is his nature and I do come to love his caring way. Would I want him as my boyfriend NO he is to controlling in a good way and so caring. I thought this was very well written, loved the plot and the way the author laid it out. I was in the authors palms from the first page to the last. It really was a book I couldn’t put down giving me a thrilling suspenseful read that I crave. I had no problem picturing the scenes in my mind watching the attack, feeling her fear and terror was not something I will forget anytime soon. Sarah has a lot on her plate and doesn’t know how to do anything but run, she has a crazy mother that really needs to get her act together and a delightful brother who I adored. Just a normal family with major issues that she must overcome. It is hard to read this story and not want to pull her out of the page taking her way and letting her heal. It is a very touching read that will stay with you for a long time. Very well written with great characters and a wonderful plot filled with danger, chills, thrills and excitement but also very sad. It is pulls on your heart making you want to finish it to know what happens. Has humor, passion and overcoming one's past, starting love only to have to start over again. Has a great ending that will leave you smiling.