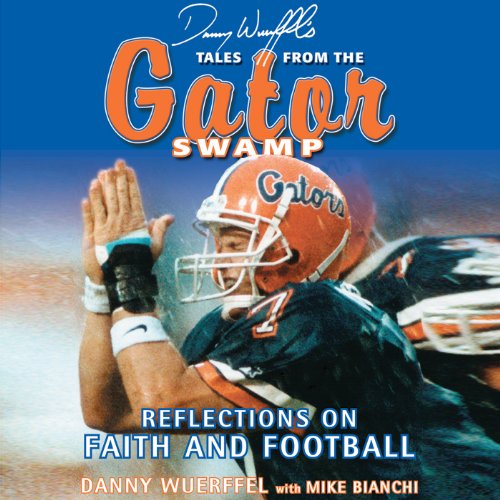 The most beloved and decorated player in Florida history takes fans behind the scenes and into the locker room for one of the greatest eras in the annals of college football. Heisman Trophy-winning quarterback Danny Wuerffel, now retired from the NFL, has finally had the time to look back, reminisce, and share his thoughts about that magical time when he was referred to by some "as the greatest passer to ever play college football." Wuerffel gives his many fans a first-time reflection into a variety of topics, including his relationship with Steve Spurrier, his rivalry with Peyton Manning, and how his strong Christian beliefs shaped his football career. Along with award-winning sports columnist and co-author Mike Bianchi, he replays the big games from each of his four magnificent seasons, talks about the quarterback controversies and quandaries, discusses faith and football, compares Spurrier and Bobby Bowden, and takes readers on a glorious trip that starts with a recruiting visit to Gainesville and culminates with an incredible national championship victory over Florida State in New Orleans. Danny Wuerffel’s Tales of Gator Football will take readers on a delightful journey back to the "good old days" of the 1990s, when Spurrier’s funning and gunning and cunning style of offense revolutionized the Southeastern Conference. After reading this book, fans will understand why Danny Wuerffel collected as much admiration and as many accolades as perhaps any player in the proud history of college football.

Heisman Trophy-winning quarterback Danny Wuerffel relates, with sports journalist Mike Bianchi, memories from his football career. Starting with his formative years in high school football and his recollections of being recruited, up through his years of being a champion quarterback with the University of Florida, he relates his personal story and the importance of faith in his life and career. Ben Remeaka performs these memoirs with heart and the good-natured spirit of this dedicated and admired athlete. Any fan of college football interested in one of its esteemed quarterbacks and his observations on his calling and the people who’ve helped him will enjoy hearing this account.