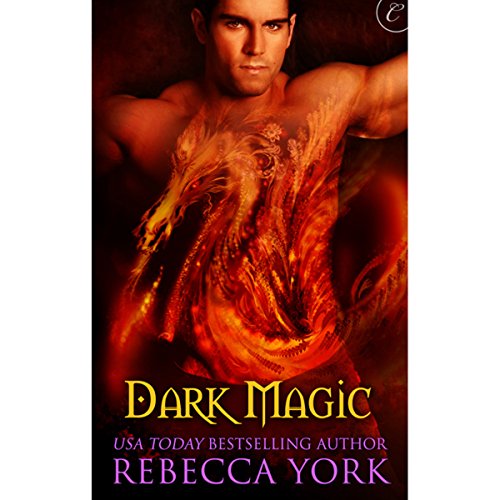 Marrying her father's barbaric enemy for political gain is not the future that Princess Devon imagines for herself. She prefers escaping into the world of magic and legend described in books - books that suggest just how a princess could take the safety of a kingdom into her own hands.

When Devon awakens one night to find the mysterious Galladar in her chamber, the lines between myth and reality begin to blur. Before he disappears into the night, the two share an intimate encounter that leaves her determined to follow her heart.

Devon leaves the castle on a quest to find the mythical dragon who can free her kingdom forever and release her from her father's plan. She's prepared to do whatever it takes to make her future her own. However, when she finds Galladar again, will she be forced to choose between her kingdom and her happiness?

loved it. good story and characters. Would read more from this author and ready for the next in the series.

Get a different reader

Narrated parts shouldn’t be delivered in a breathy, excited, whisper especially reading about killing a man.

This has nothing to do with story line...

...because I didn’t get past 10 minutes. Will have to read this the old fashioned way.... on my kindle. The narrator Sofia York I guess is bringing out her inner “adult service phone operator” I can’t get through an entire book with the breathy sing song English accent ... it may be my mood right now perhaps another time I’d be ok with it but it’s not happening now. I will see if I can still return this I can’t see id ever go back. But you have to try it for yourself!

Princess Devon has been raised in a time and place where women are good for only marriage, the 'womanly arts', and producing children. Her home is under siege by barbarians, and her father's answer to the problem is to arrange a marriage between Devon and the leader of the barbarians. But a dark clad stranger entering her rooms, combined with the legend of a dragon who - with the offering of a virgin sacrifice - will help her people, pushes Devon to escape the castle and a life that has never been her choice.

If it means saving her people, then Devon is willing to give up her own life. Not for her father, but for the people he rules, and for her brother who will one day take the throne.

This one falls closer to a 2.5 than a 3. I generally enjoy Rebecca York books, but this one didn't grab me the way her work often does. The plot felt a little stilted and forced. It didn't help that the narrator truly didn't fit the story. So, the combination almost pushed me to the point of switching off half way through. Her tone was too formal for the story and lacked passion during the more sensual scenes.