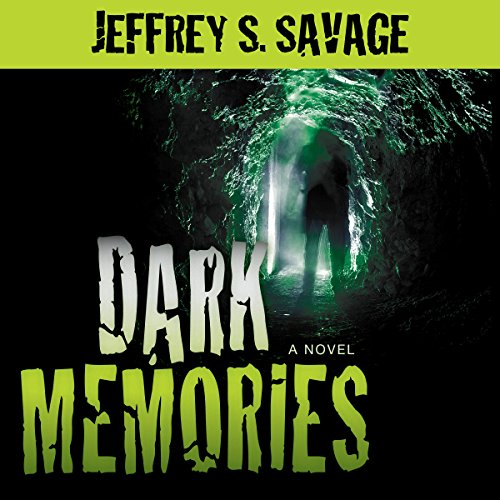 There are things in the darkness, things much worse than the tracks and abandoned pieces of equipment that trip the children up and gash at their feet and legs, things that brush silently past them, touching their faces before disappearing again....

In the sleepy town of Twin Falls, Colorado, what starts as a carefree school picnic ends in tragedy when six children disappear into an abandoned gold mine. Six enter the dark void and days later, only five emerge. After an arduous search, the hunt for the last child is called off and the mine entrance is blasted. Little Frankie is left behind, alone in the darkness. He is coming.

Police Chief Cal Hunt's investigation into a recent string of bizarre murders in Twin Falls takes a chilling turn when he learns that each of the victims was a survivor of the Seven Stars Mine incident. Cal realizes that they share a dark secret - the truth about what happened to Frankie. To drag them deeper. With time running out for the remaining survivors, Cal must face a killer that defies logical explanation. Because no matter how Cal analyzes the facts, there is only one conclusion: A supernatural force is reaching out from the depths to reclaim those who escaped more than 30 years before. And it will not rest until it takes them all...into the darkness.

Beyond distracting to have a narrator inhale so loudly, he would fail radio/ broadcast performance at a community college! So unprofessional and totally takes you out of the story, easily and often.

The story was decent. Certainly deserved a better narrator.

Savage is a good word smith and he made me feel for the main character, who is a sheriff, who lost his wife six months ago. My problem was, I thought I was getting a horror. It is in the horror section and it has a creepy cover. It is a detective thriller. Awful things happen, but we are witness to none of them. Listening to the sample you would think we were, but no, unless it happens later in the book. At two and a half hours, I heard afterwards about bad things happening to sad people (who live in trailer houses, drink, take drugs, have multiple marriages and clichéd etc.) As a reader we are witness to none of these acts. We are witness to a lot of praying. I go to church and have no problem with religion in stories, but I think this whole concept kept the writer from being to explicit, which took the horror out of the story. Not that everything has to be gory, King has written plenty of scary stuff without getting gory, but Savage is not King.

My Irritations
None of these were major, but were slight irritations that added to me quitting early. The narrator is constantly taking in a loud breath before starting a new paragraph. It is pretty loud and once I noticed it, I found myself listening for it and not the story. Story is not scary. A grown man keeping Hershey bars in his glove compartment to give to kids, sounds a little like Chester the Molester and how does someone keep a supply of Hershey bars in their car without them melting and becoming a big mess? Unless your Amish, who names a kid Ezra? 4.6 rating from 26 people on a story that is obviously average, sounds like friends, relatives and church members skewing the numbers.

I really enjoyed this book. Right from the beginning it was interesting. I think the book did a good job of expressing emotions and feelings we all have felt. The narrator did a really good job and I was particularly impressed with his laughter, something a lot of narrators don't do, but in real life we do laugh while we talk sometimes. I thought it brought a little more depth to some of the dialogue.

This book had me from the first line. It was so good that I went to bed at 10pm listening to the book and ended up staying awake listening until 3am. Boy was it a long day at work the next day, but totally worth it. I absolutely recommend!

I really liked the story. I love a good mistery,
and I never would have guessed the ending. I hope the Author can get some more on Audible!

loved it. great mystery story that keeps the reader guessing all through the story line.
poor Frankie!

Very suspenseful thriller. Usually I know who the killer is but this definitely was a shocker!

I was hooked from the beginning as the mystery unfolds and has a surprise (at least for me), ending.

I enjoyed this book very much. I couldn't stop reading, or listening until the very end . I will follow this author, and recommend.

A mixture of genres

Couldn't make up my mind what category this came under. Reading the write-up it should have been a supernatural/horror thriller - NOT. It was a detective (not exactly a thriller) with the merest hint of the supernatural - that is until the end chapters when the supernatural part was brought in with another 'sort of' character which hadn't been mentioned anywhere in the book up until then and it just got plain silly. We find out why the murders happened (fine) but the rest was just stupid and should have had a better ending. If the book hadn't had a narrator like Jason Tatom who was brilliant I would have given it less stars. I think that Jeffrey Savage couldn't think of a decent way to get his characters out of trouble so he gave it a rubbish ending instead.