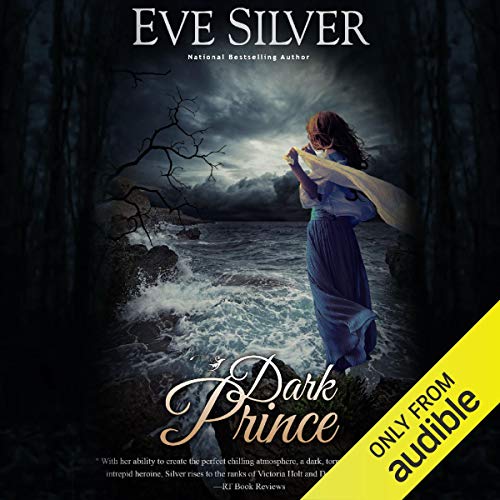 Innkeeper’s daughter Jane Heatherington is sold into indentured servitude to cover her father’s debts. She's sold to Aidan Warrick, a man whose handsome face and form mock the rumors that skulk in his shadow, rumors that paint him a smuggler, a pirate...and worse.

On the rainswept Cornish coast, Aidan’s business is carried out in the darkest hours of moonless nights, his secrets are many, and death follows in his wake. Isolated and alone, Jane's only companion is the man she dare not trust, the man who looks at her with heated desire she both fears and craves.

As she finds herself ensnared in the twisted schemes carried out within the walls of Aidan’s looming estate, Jane must decide if Aidan Warrick is the dark prince of her dreams or a monster preying on the innocent....

Listen to all of Eve's Gothic romances! (Audiobooks can be listened to in any order)

Loved this store just as good as the others. Loved the story line and the characters. Aidens story was heartbreaking but I loved how the author had him grow into the man he was! Jane was sweet and brave. Loved them together. Great book

There is so much confusion in this girls life. As she struggles to understand what happened before, she is thrown into a mystery and romance. I really enjoyed this book!