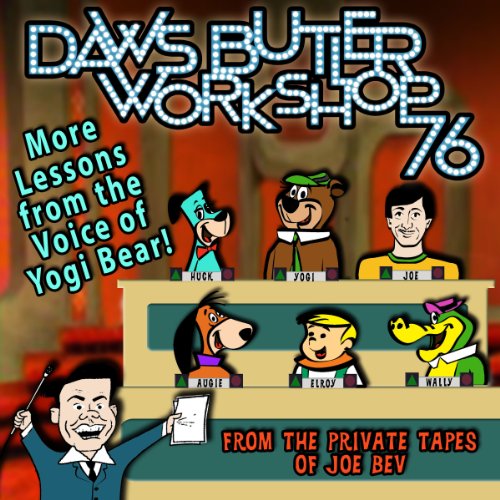 Now you can audit a real Daws Butler acting workshop!

This is a raw, unedited recording of Daws Butler protégé Joe Bevilacqua (a.k.a. Joe Bev) and fellow Daws students cold reading Butler's scripts and being taught by their mentor. It was recorded by the then seventeen-year-old Bevilacqua on Thursday, July 29, 1976, in Beverly Hills. The scripts heard in this workshop are published in the books Uncle Dunkle and Donnie and Scenes for Actors and Voices, both published by Bear Manor Media.

Daws Butler is considered one of greatest voice actors of the twentieth century. Known as the voice of Hanna-Barbera, he spent two decades with the animation production company and originated the voices of many well-known cartoon characters, including Yogi Bear, Quick Draw McGraw, Huckleberry Hound, and Cap'n Crunch.

Gets better as you listen on

After the first few minutes I thought I might have wasted a credit and that the positive reviews were exaggerated. But as I listened on, tidbits of helpful information started coming in. At first a trickle and then more and more. Makes you really look at the possibilities. I found it really helpful by the end. It's one I'd listen to again.