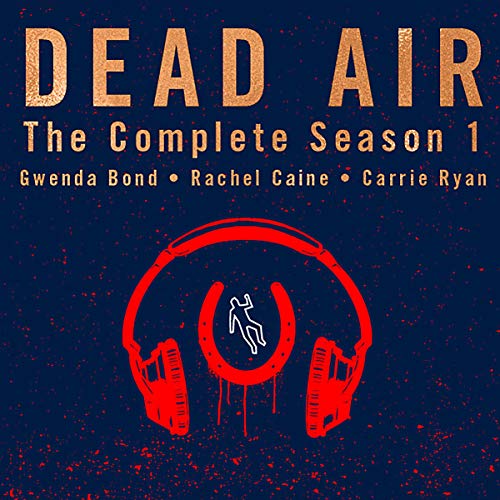 "Fast-paced, captivating, and completely surprising, prepare to stay up way too late - you won’t be able to put this down." (Megan Miranda, New York Times best-selling author of All the Missing Girls and The Perfect Stranger)

Welcome to Dead Air, where M is for midnight, Mackenzie...and murder.

Mackenzie Walker wasn’t planning on using her college radio show to solve a decades-old murder, but when she receives an anonymous tip that the wrong man may have taken the fall, she can’t resist digging deeper.

It doesn’t take long for Mackenzie to discover gaps in the official story. Several potential witnesses conveniently disappeared soon after the murder. The victim, a glamorous heiress and founder of a Kentucky horse-racing dynasty, left behind plenty of enemies. And the cops don’t seem particularly interested in discussing any of it.

But when the threats begin, Mackenzie knows she’s onto something. Someone out there would prefer to keep old secrets buried, and they seem willing to bury Mackenzie with them. Thankfully, she’s getting help from a very unexpected source: the victim’s son, Ryan. The closer she gets to him, however, the more important it is for Mackenzie to uncover the truth before he gets buried alongside her.

Listen to the audiobook of the serial novel Dead Air, and then check out Mackenzie’s podcast for a uniquely immersive experience. Does the truth lie in the serial, the podcast...or somewhere in-between?

"Dead Air is the phenomenal creation by dream team Gwenda Bond, Rachel Caine, and Carrie Ryan.... The podcast alone is so totally original and compelling that my conspiracy loving self can’t get enough of all the twists and turns in this case. The fantastic plot and talented cast of voice actors always leaves me eager for the next episode, what could possibly make Dead Air even better?" (Geek Girl Authority)

"Likened to The Girl on the Train and Gone Girl, Serial Box’s first mystery series...Dead Air is actually a serial novel available to read or listen to weekly, while the podcast is protagonist Mackenzie Walker’s college radio show, which she has taken to using as a tool to solve a decades-old murder.... Highly captivating, pulling listeners even further into Walker’s world and elevating the overall story" (The A.V. Club, on the Dead Air Podcast)

"I, for one, am super hooked up on it already!" (The Book Smugglers)

What listeners say about Dead Air: The Complete Season 1

I purchased this book mostly because I was curious about the format. I didn’t actually think I would like it and would probably send it back after listening to a little of it. Boy was I surprised. I couldn’t stop listening! It is the best book I have listened to in a long time or maybe ever.

highly recommend this immersive Audible. I loved the format, different from the norm. The narrator's southern accent was a pleasure to listen to.

M is for MAN this story is great

A compelling serialized story about the hunt for truth, starring a flawed protagonist that you can't help but root for every step of the way.