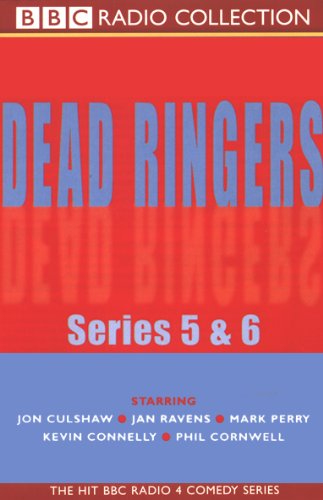 Just when you thought it was safe to listen again, Dead Ringers is back with its skewed and scary take on the world of celebrity, politics, and the mass media. All human, and quite a bit of inhuman, life is here.

In this bumper edition of episodes from the fifth and sixth series, Graham Norton meets his match in Brian from Big Brother, Rabbi Lionel Blue is stranded on a reality radio version of Desert Island Discs, and demons quake when they face Hyacinth the Vampire Slayer. Russell Crowe and John Gielgud take starring roles in Scooby Doo, whilst the soothing harmonies of the Sing Something Simple gang crop up in the most unexpected places. Add infidelity in Ambridge, George Bush's Christmas, and more phone calls from the Doctor for another riotous collection of sketches starring Jon Culshaw, Jan Ravens, Kevin Connelly, Mark Perry, and Phil Cornwell.

What listeners say about Dead Ringers